The Zeus yacht was built as Eco for Mexican mogul Emilio Azcárraga. He was the founder and former CEO of TV and media conglomerate Televisa. After he died in 1997 (onboard his yacht) the yacht was sold to Larry Ellison. He named her Katana.

The yacht was purchased in 2017 for EUR 48,5 million. Before that, she was known as Enigma. She was owned by Aidan Barclay.

Zeus is designed by Martin Francis.

She is powered by a General Electric Gas Turbine, in combination with Deutz diesel engines. She has a total power of 28,500 hp.

Her top speed is 35 knots. Her cruising speed is 19 knots.

The luxury yacht can accommodate 15 guests and a crew of 21. The yacht has an amazing interior. Her original interior was designed by Francois Zuretti. But she has since been refitted twice. And received an all-new interior.

We are not sure who designed her current interior. Please do send a message if you do.

The yacht’s owner is John Christodoulou. The yacht’s name is probably related to his Zeus House in London. 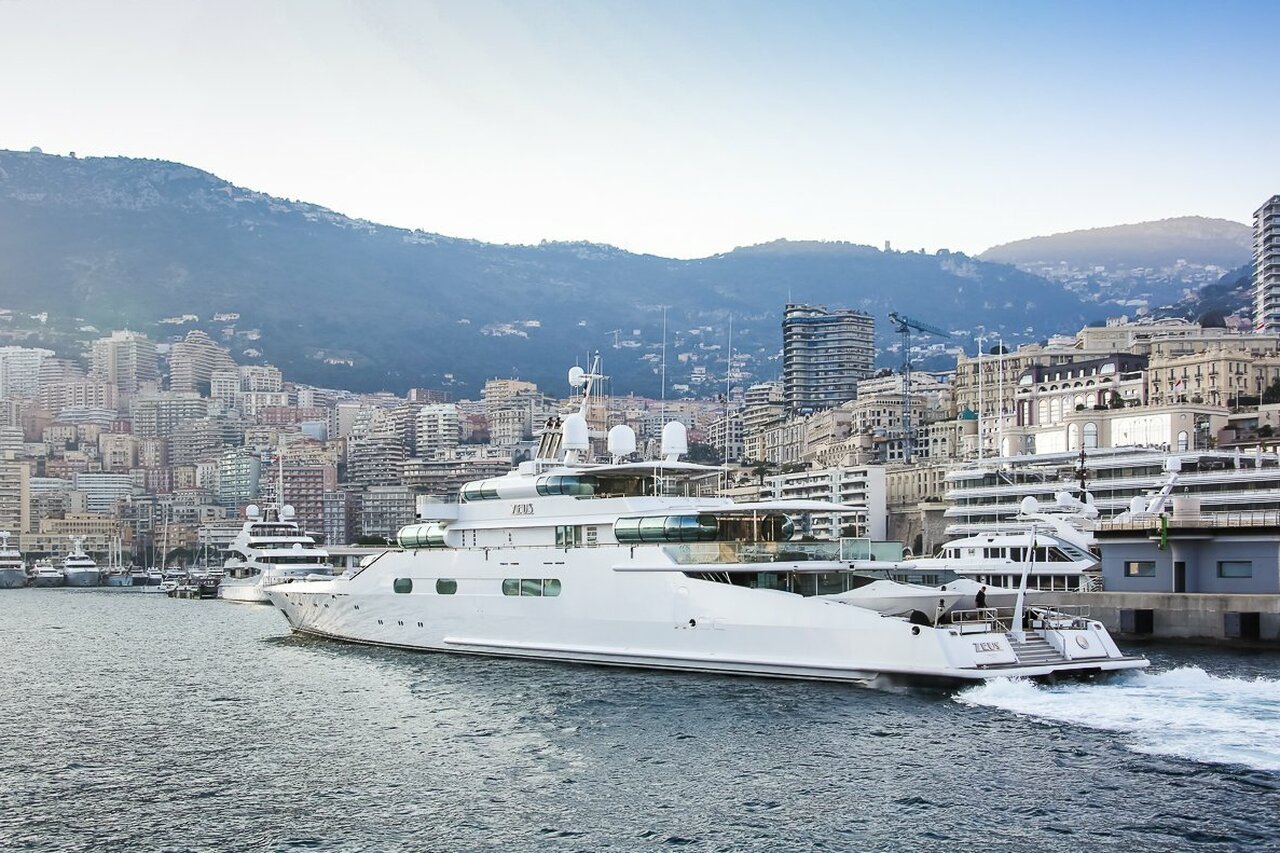 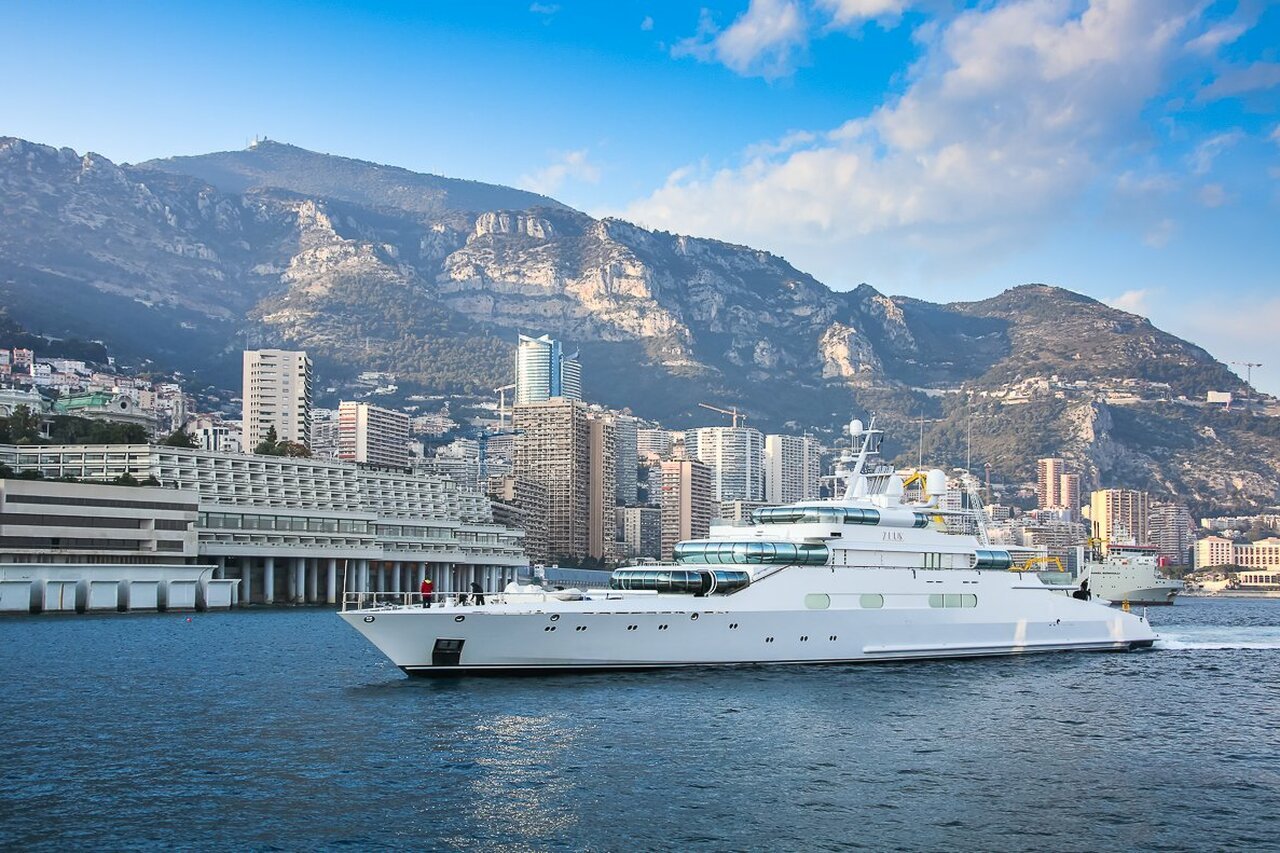 The yacht’s interior is designed by Francis Design.