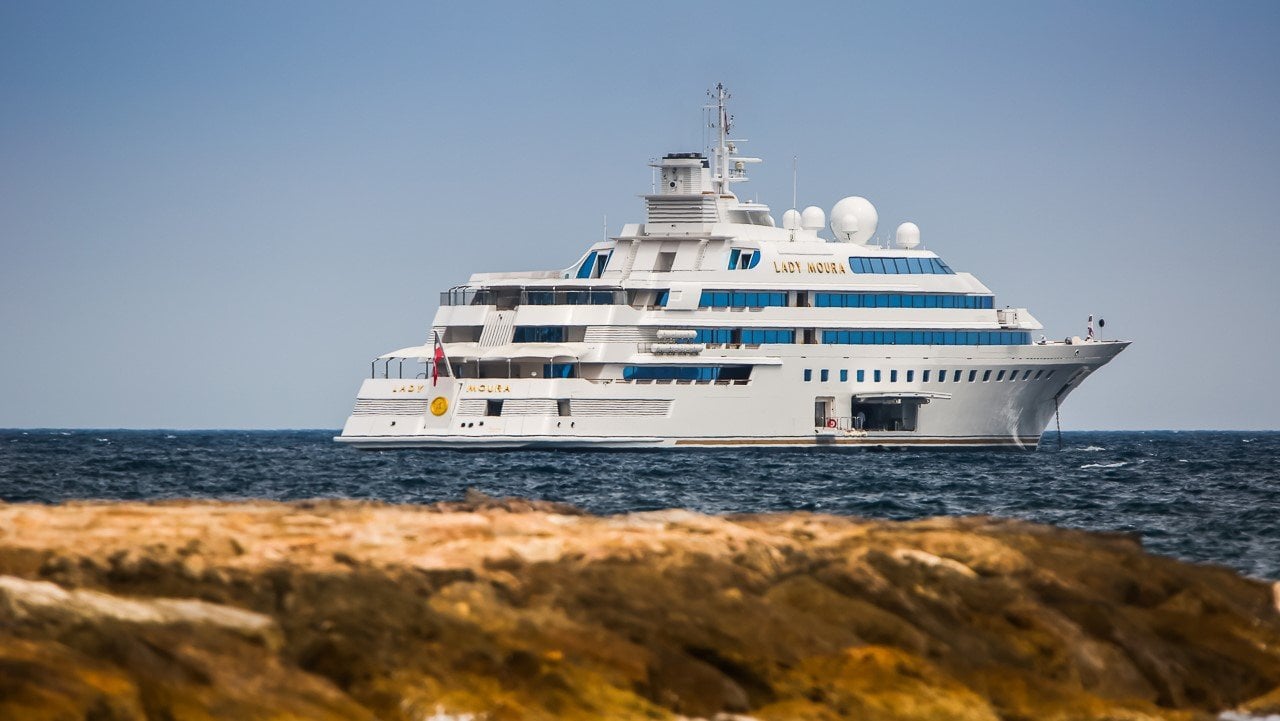 Lady Moura was owned by dr. Nasser Al-Rashid, a Saudi billionaire. He sold the yacht to Ricardo Salinas Pliego.

She is built by Blohm and Voss in Germany was delivered to her owner in 1990. Both the hull and the superstructure are made of steel.

She has two Deutz diesel engines, each with a power of 6,868 horsepower, and her controllable pitch propellers produce a speed of 22 knots.

Her cruising speed is 14 knots.

Most equipment, including tenders, are hidden behind hydraulically operated doors.

Both the name and the escutcheon that can be seen at port, starboard, and at the stern are carved in 24-carat gold.

Her main tender is a 92 foot Mangusta with the name Little Saf, named after his wife Safia el Malqui. But there is also a 30-meter chase boat named Little Sarah, built by DeBirs in 2008.

Lady Moura also has a helicopter tender: a Sikorsky S76C+ with registration VP-CYS. The helicopter was built in 2008 and has a list price of US$ 13 million.

Most Expensive Yachts ever built

The yacht is considered to be one of the most expensive yachts in the world, she is rumored to have cost more than US$ 200 million.

The yacht is used intensively, during the summer season she can be seen in the South of France, as she frequently travels between Antibes, Palma de Mallorca and Monaco.

The yacht’s was built for Dr Nasser Al Rasheed. He sold the yacht in 2021 to Ricardo Salinas Pliego. The yacht is now owned by a company named OKRIS Ltd, which was also the legal owning company of Azteca .

In December 2019 the yacht was listed for sale at Camper and Nicholsons. Her asking price was $125 million.

Scroll all the way down for more amazing content. Including interior photos! The yacht has an amazing interior, designed by Luigi Sturchio. Her features include accommodations for 26 guests, a large swimming pool, a cinema, spa, a gym, a medical center, and several dedicated dining areas. She has a crew of 65.