The motor yacht A was built by Blohm Voss in 2008. She is designed by Philippe Starck and Martin Francis. It was delivered to her owner at a reported US$ 300 million cost price.

The yacht is powered by MAN engines. Her max speed is 18 knots. Her cruising speed is 12 knots. She has a range of more than 3000 nm.

The luxury yacht can accommodate 14 guests and a crew of 42.

The yacht’s owner was Russian billionaire Andrey Melnichenko. Since the delivery of his Sailing Yacht A, Melnichenko uses MY A as a mobile office, for his worldwide business dealings.

A few years ago, we were told that Japanese billionaire Masayoshi Son had purchased the yacht. But a representative of Mr Melnichenko denied this.

But there are some persistent rumors that MY A was indeed sold.

Masayoshi Son is the founder of Soft Bank. His net worth is $ 45 billion.

To Appear first in the Registers. Some sources mention that the name A is derived from the initials of its owner Andrey and his wife Aleksandra. However, this seems to be just a coincidence.

The main reason for the name A is the fact that the yacht will appear first in shipping registers. (Source: owners representative).

In 2013 Melnichenko’s company Hamilton Yachts Limited (which formally owns A) sued Dutch paint producer Akzo Nobel. It was for USD 100 million over a bad paint job. Read the court documents about the paint problem here.

In May 2014 the yacht A was spotted in Honolulu Hawai. And in February 2015 she visited Porto Rico. SuperYachtFan spotted her near Antibes, France in the summer of 2015.

In December 2015 the yacht A was at Palumbo Shipyard in Malta for a repaint. And in May 2016 she was near Monaco for the 2016 Formula 1 race. The photos of the Yacht A on this page are used with the permission of Tom Gulbrandsen.

MY A Listed for Sale

The yacht A is not available for charter. Some media reported that motor yacht A was put for sale. With an asking price of EUR 250 million or US$ 300 million.

However, we were later informed that Motor Yacht A is off the market and not available for sale anymore.

Who owns sailing yacht A?

How much was Motor Yacht A?

Who designed Motor Yacht A?

Her design is by Philippe Starck. He also designed Sailing Yacht A, which is also owned by the Melnichenko family. 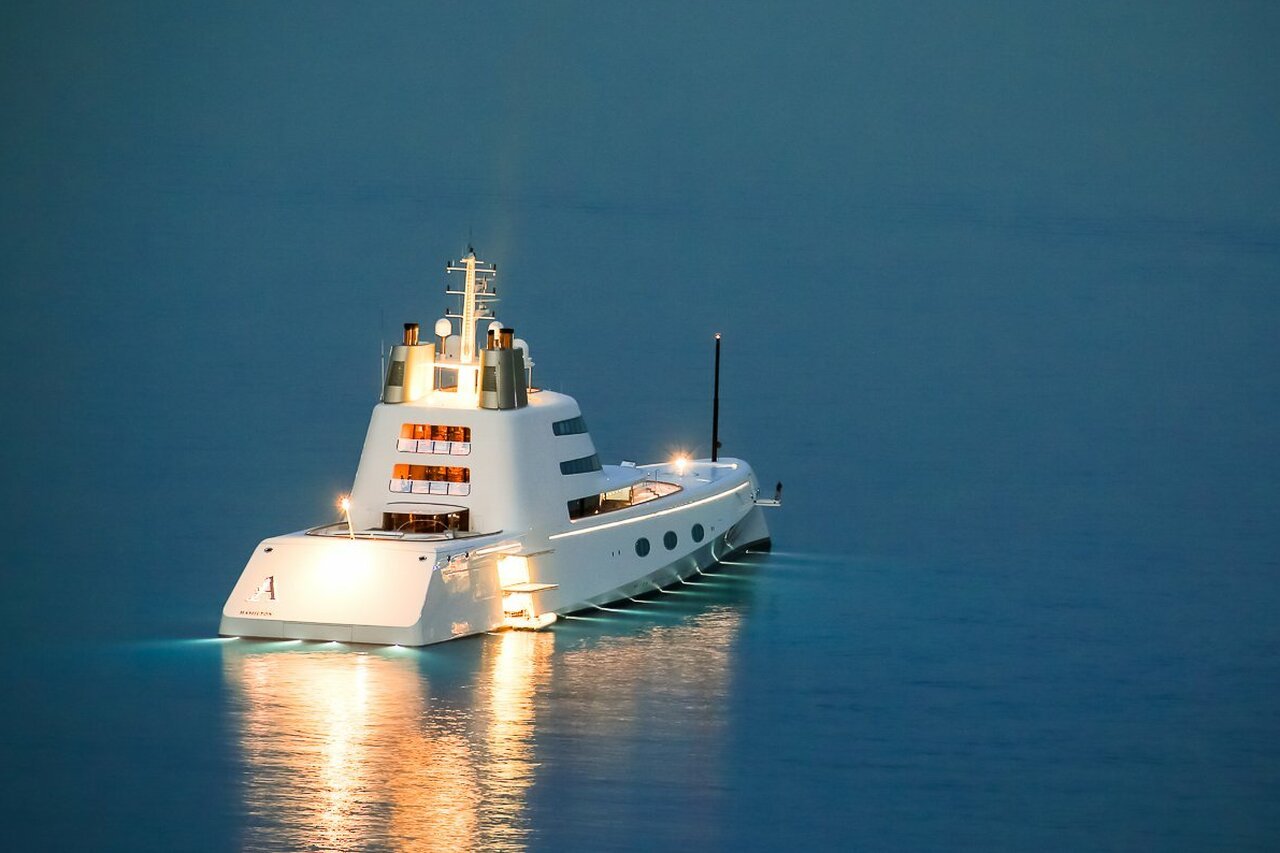 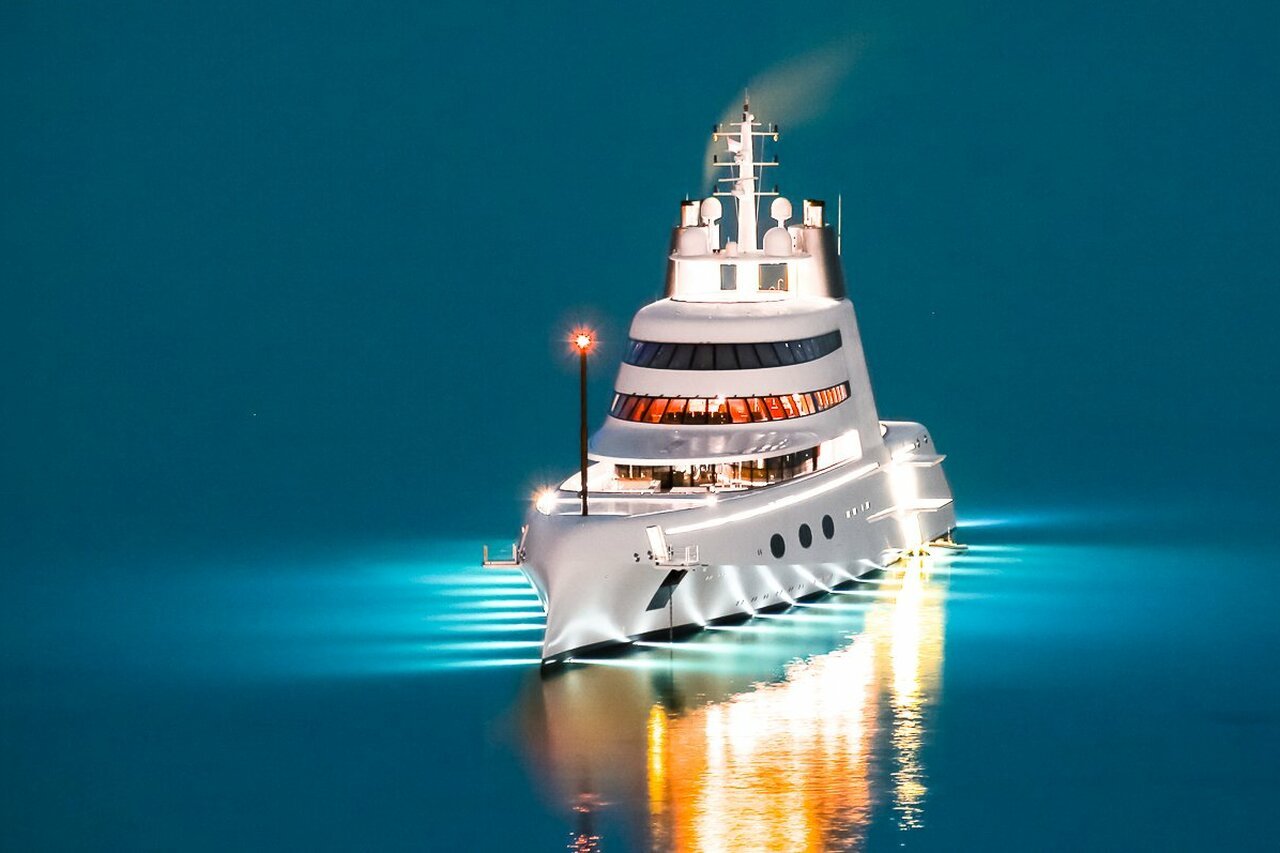 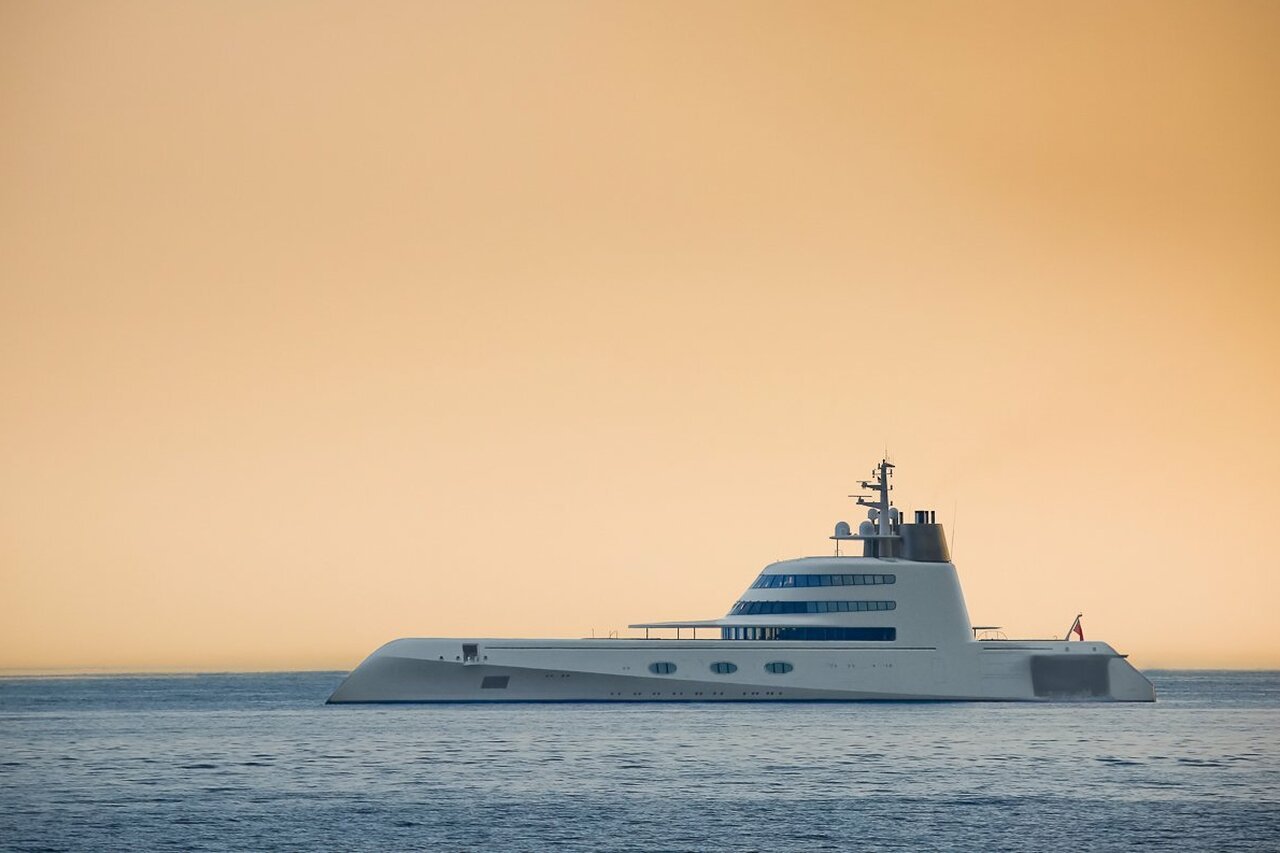 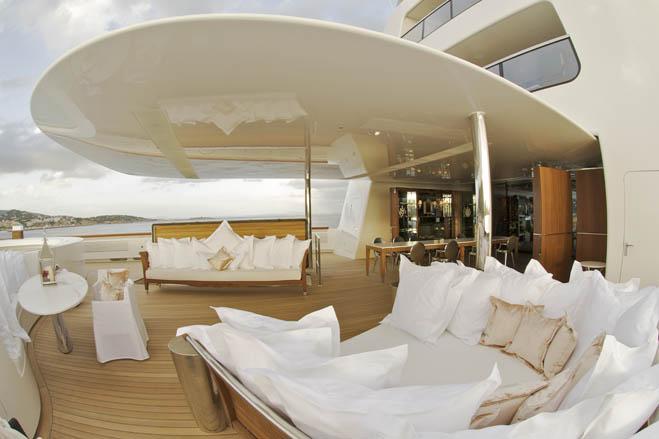 The yacht’s interior is designed by Philippe Starck.

These are photos of the tender of Sailing Yacht A.  In the main photo gallery above, you can see that MY A also uses these tenders, when nearby. We are actually not sure what brand of luxury yacht tender MY A has. More Yacht Tenders