The yacht Secret is an 82-meter (270ft) motor yacht built by Abeking & Rasmussen.

She is designed by Sam Sorgiovanni, while J.W. Harris is responsible for her interior. JW Harris was also responsible for the interior of Walton’s previous Feadship yacht. M/Y Secret was delivered to her owners in 2013.

She is powered by two Caterpillar diesel engines. Which are giving her a maximum speed of 13 knots. Her cruising speed is 8 knots. She has a range of more than 4,500nm.

The luxury yacht has a steel hull with an aluminum superstructure. She can often be found in Barcelona.

The yacht’s owner was Nancy Walton. Nancy Walton Laurie is an American businesswoman, philanthropist and heir to the Walmart fortune. She is the daughter of Bud Walton, who co-founded Walmart with his brother Sam Walton. She inherited her father’s Walmart shares and is considered to be one of the wealthiest women in the world.

Her sister Ann Walton Kroenke is the owner of the yacht Aquila.

In August 2022, the yacht was sold to Indian billionaire Sri Prakash Lohia.  Sri Prakash Lohia is an Indian businessman, entrepreneur and philanthropist. He is the founder and Chairman of Indorama Ventures Public Company Limited (IVL), one of the world’s leading petrochemical companies. He is known for his business acumen and his ability to successfully grow and expand the company. He is also known for his philanthropic efforts, particularly in the areas of education and healthcare. He is a member of several prominent business organizations and has been awarded several awards for his contributions to the Indian industry. He is considered one of the most successful and influential businessmen in the Indian industry.

Nancy Walton’s ownership of Secret became clear following a legal dispute in the US between two yacht brokers, about the distribution of earned sales commission. (Nancy Walton was NOT a party in this dispute).

According to Broward County Case CACE11013809. A yacht broker named David Frazer was involved in the sale of Nancy Walton’s previous yacht. Which was also named Secret, to US investor Bruce Sherman.

Frazer was fired by the involved yacht broker before closing the sale. But now he claims a part of the sales commission on the sale.

In early 2019 the yacht was listed for sale at Burgess. Her (amended) asking price is EUR 99 million. Nancy and her husband bought the Oceanco yacht Jubilee and named her KAOS.

How Much is the SECRET Yacht?

Her value is $110 million. Her annual running costs are around $10 million. The price of a yacht can vary greatly depending on a number of factors, including the size, age, and level of luxury of the yacht, as well as the materials and technology used in its construction.

New Secret is a 74-meter motor yacht built at Amels. She is designed by Tim Heywood. We don’t think the yacht is owned by the Walton Family.

The New Secret yacht can accommodate 12 guests and has a crew of 19. She can reach a maximum speed of 16 knots. She is large with a volume of 1,787 tons.

The Secret boat is not available for yacht charter. And the yacht is not listed for sale. The yacht’s interior is designed by J. W. Harris. 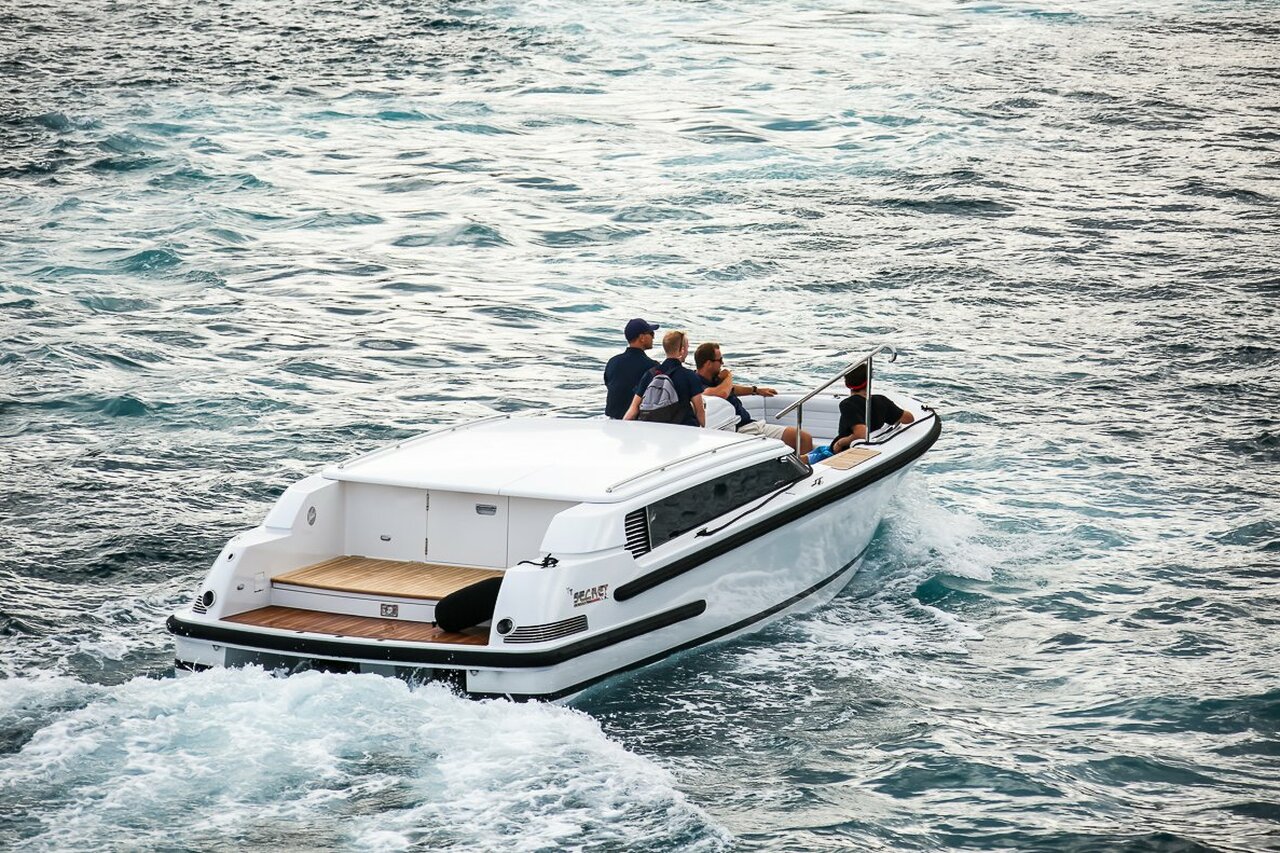 The yacht has a Limousine tender built by Vikal. More Yacht Tenders