Prince Khaled bin Sultan is the eldest son of the late Crown Prince Sultan bin Abdul Azziz of Saudi Arabia. He was born in September 1949. He has two wives: Luluwah bint Fahd and Abeer bint Turki. And he has 8 children.

Until a few years ago he was the Assistant Minister of Defense and Aviation of Saudi Arabia. Prince Khaled was Commander of the Joint Forces in the first Persian Gulf War. In 1991, he retired from the military to focus on business.

The foundation is dedicated to ocean conservation and restoration through applied environmental science, education, and outreach, and working with local partners and governments to promote coral reef conservation.

A Fleet of 4 Luxury Yachts

She is sailing seas all over the world with her support yacht Golden Shadow (66.75m). And the sport fishermen Golden Osprey (27.45m). Golden Shadow is a 67-meter (220 ft) logistical support vessel that carries a Cessna Caravan Amphibious aircraft.

Khaled’s father Prince Sultan was the owner of the yacht Al Salamah, one of the largest yachts in the world by volume.

After Prince Sultan’s death, the yacht was put for sale for $280 million. Later the Al Salamah was de-listed and was gifted to Prince Salman bin Hamad bin Isa Al Khalifa, the Crown Prince of Bahrain. The Prince lives in a Palace in Riyadh, named Makshaff Palace. We have not yet been able to identify this Palace. We do know his father Prince Sultan bin Abdulaziz owned a large summer palace in Agadir, Morocco.  These are photos of this Agadir Palace. Do you know more about Makshaff Palace? Please do send us a message. He is the owner of the yacht Golden Odyssey. The Prince owns a Boeing 767 private jet with registration N767KS. The jet was delivered in 1996 and has a price of approximately US$ 200 million. The aircraft can accommodate 25 passengers.

Update: the jet was sold in 2018. Do you know more about the current jet of the Prince? Please do send us a message. 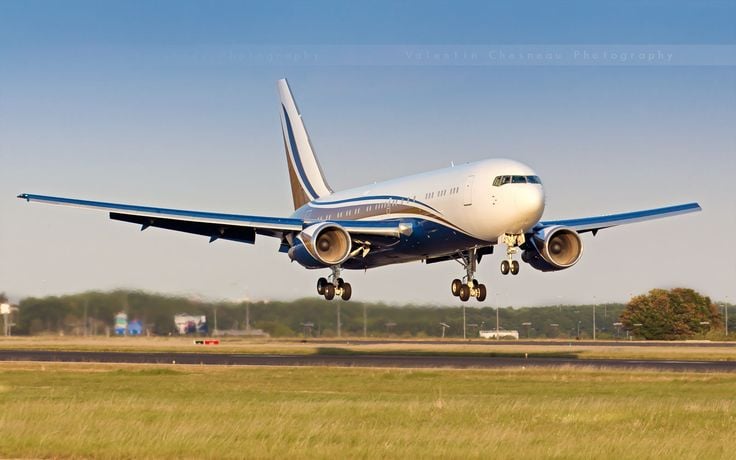