Who is Herb Chambers?

Chambers is a US-based billionaire. He was born in November 1941. He is the founder of the Herbert Chambers Companies. A group of car dealerships. At the age of 42 he sold his copy business A-Copy America for US$ 80 million.

Two years later, after a poor buying experience of a Cadillac car. He started his automotive business by buying a Cadillac dealership. His vision was to provide a better experience.

Herbert G Chambers is the owner of the Abeking & Rasmussen yacht Excellence VI.

The HerbChambers Companies is a group of 60 car dealerships. Selling more than 55,000 cars per year including used cars.

The group sells the most known car brands. Including Cadillac, Lexus, BMW, Porsche, Mercedes, Rolls Royce, Maserati, and Bentley. The group has more than 2,400 employees.

The Group is the 5th largest car dealership in the USA. With annual sales above US$ 2 billion.

Chambers is not only selling cars, he is also collecting them. He has a large collection of rare cars. Including a Bugatti Veyron, a Porsche 959, a 1955 Mercedes 300L Gullwing, and a Ferrari Daytona spider.

The net worth of Chambers is estimated by Forbes at US$ 1.4 billion.

How Many Yachts Does he Own?

Mr. Chambers has owned several yachts. They were all named Excellence. His yachts are normally below 60 meters (180 ft) so they can berth in Port Gustavia, St Barths. Or at least: we are told so.

The latest Excellence is number VI. Excellence V was sold while her owner was building Excellence VI. The yacht is now named Arience.

Excellence IV never sailed under this name. As she was sold before delivery. It is the yacht now known as Eminence, owned by Alexander Khloponin.

Excellence III was a 57-meter yacht built at Abeking and Rasmussen in 2001. She is now named DREAM.

Excellence II was a 47 meter Feadship built-in 1999. She is now known as Princess TOO.

We are not sure which yacht is/was the first Excellence. We think its the Feadship MISS ILOILO built in 1986.

He also purchased Feadship 150′ ‘SEA RACER’ during the Lauderdale Show. She is now named Excellence and received a full refit at Rybovich. This Feadship will be based at his Connecticut house in the Summer. (See a photo hereunder, with the yacht visible behind his house.)

And finally, he owns an OverMarine Mangusta 94, built-in 2018. She is based in Boston and is also named Excellence.

Chambers lives with his girlfriend Melissa Lees in a large house in Old Lyme, Ct. The house has a helicopter landing platform. For Chambers’ private Bell  429 helicopter (N429HC).

He uses the helicopter to commute to his corporate headquarters. (See also the movie above, which features Chambers’ helicopter). 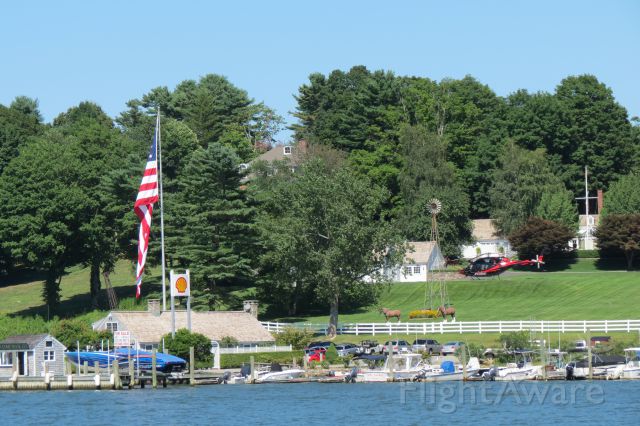 He is the owner of the yacht Excellence and has in fact owned many yachts, all with the same name.