Who is John Risley?

John Risley is the co-founder and President of Clearwater Fine Foods. He was born in April 1948. He was married to Judy, they divorced. He has 2 children (Michael Risley and Sarah Risley).

At the age of 28, he opened a small lobster retail company in Nova Scotia, Canada. This turned into one of the worlds leading seafood companies. Clearwater is the largest holder of shellfish licenses in Canada.

The companies sell their sea products in over 40 countries. Clearwater has branches all over the world, including Glaciar Pesquera in Argentina and CLEARWATER FINE FOODS (EUROPE) LIMITED in the UK.

He is also co-founder of Columbus Communications, an Internet provider based in Barbados. He owned the company with Michael Lee Chin, the original owner of the yacht Quattroelle.  The company was sold to Cable and Wireless for US$ 1.85 billion. Michael Lee-Chin now owns the yacht AHPO.

His net worth is estimated at $1.2 billion. This makes him one of the richest Canadians.

Risley is an active philanthropist, donating to the Canadian Youth Business Foundation and the Nature Conservancy of Canada.

In 2016 he donated US$ 25 million to an ocean research project at Dalhousie University in Halifax.

He also supported a student residence building at Dalhouse, named the John Risley Hall. Risley was named Officer of the Order of Canada.

The Risley residence includes several buildings, stables, a large greenhouse and has direct access to a golf course.

The house was built for oil tycoon Joseph Pew, founder of Sun Oil. Since his divorce, Risley built a new house with his girlfriend Amy. He has owned several yachts, all named Northern Star. His latest yacht is currently under construction at Lurssen and will be delivered in 2022. It looks like she will be named Shackleton, although we assume it’s just a project name. Ppdate he sold the yacht to Len Blavatnik 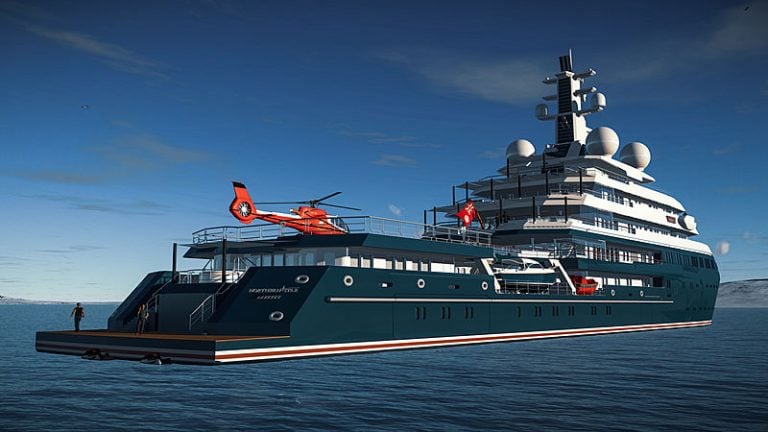 He owns a fleet of private jets. Including a US$ 50 million Bombardier Global 5000 (registration C-FFIJ) (Clearwater Fine Foods International). And a Bombardier Challenger (C-FFIK). He also owns a Learjet and a Cessna.