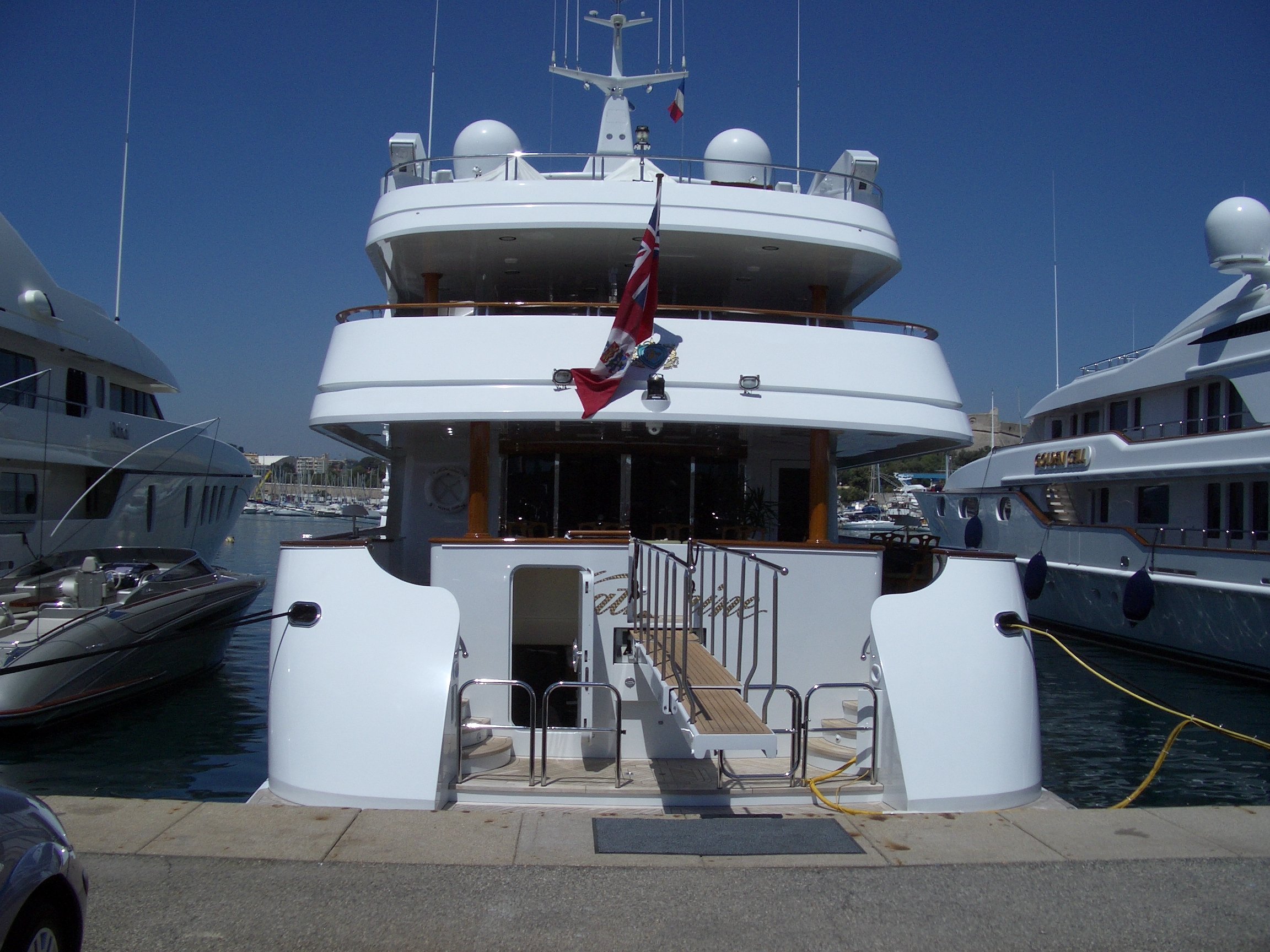 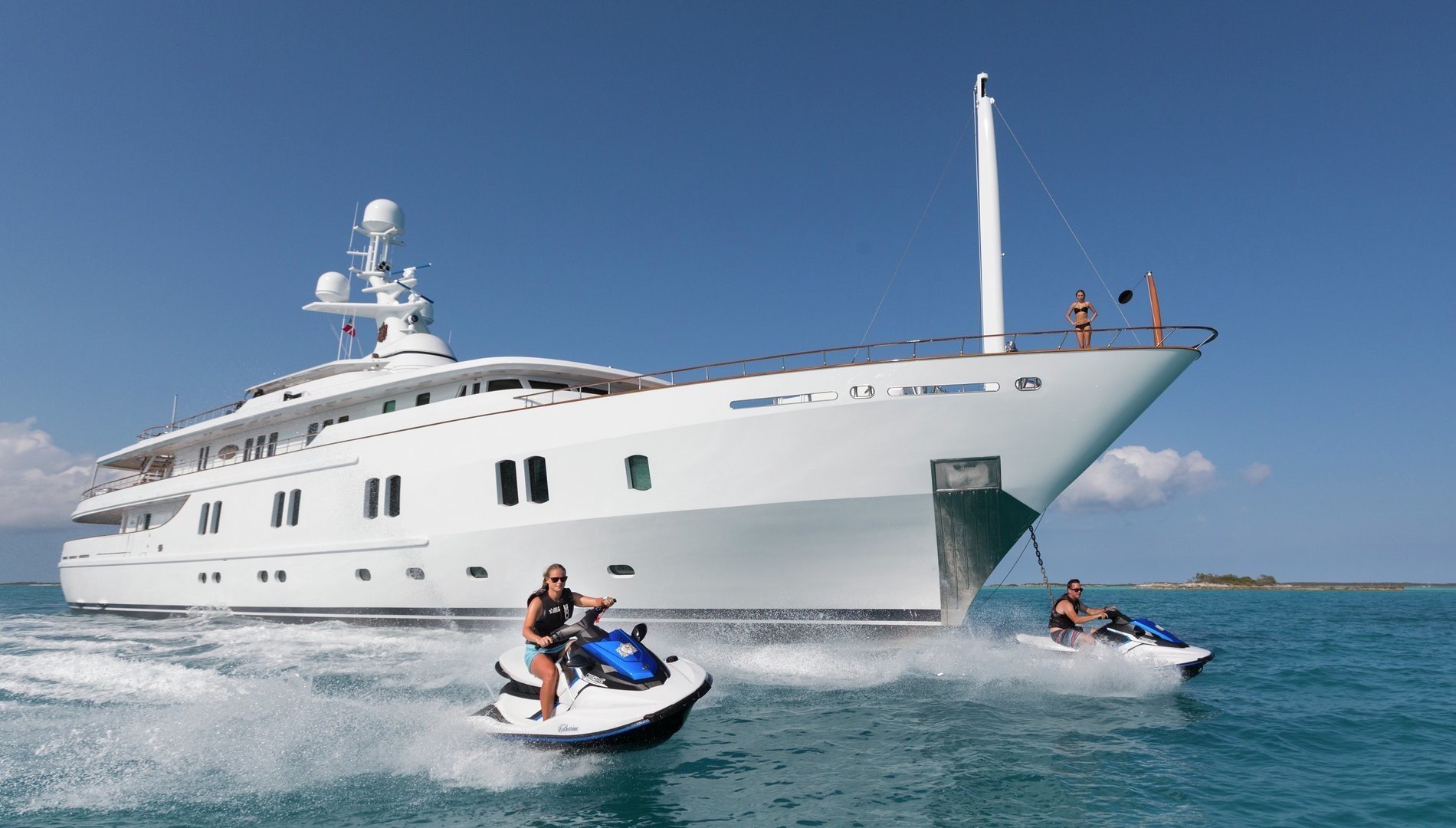 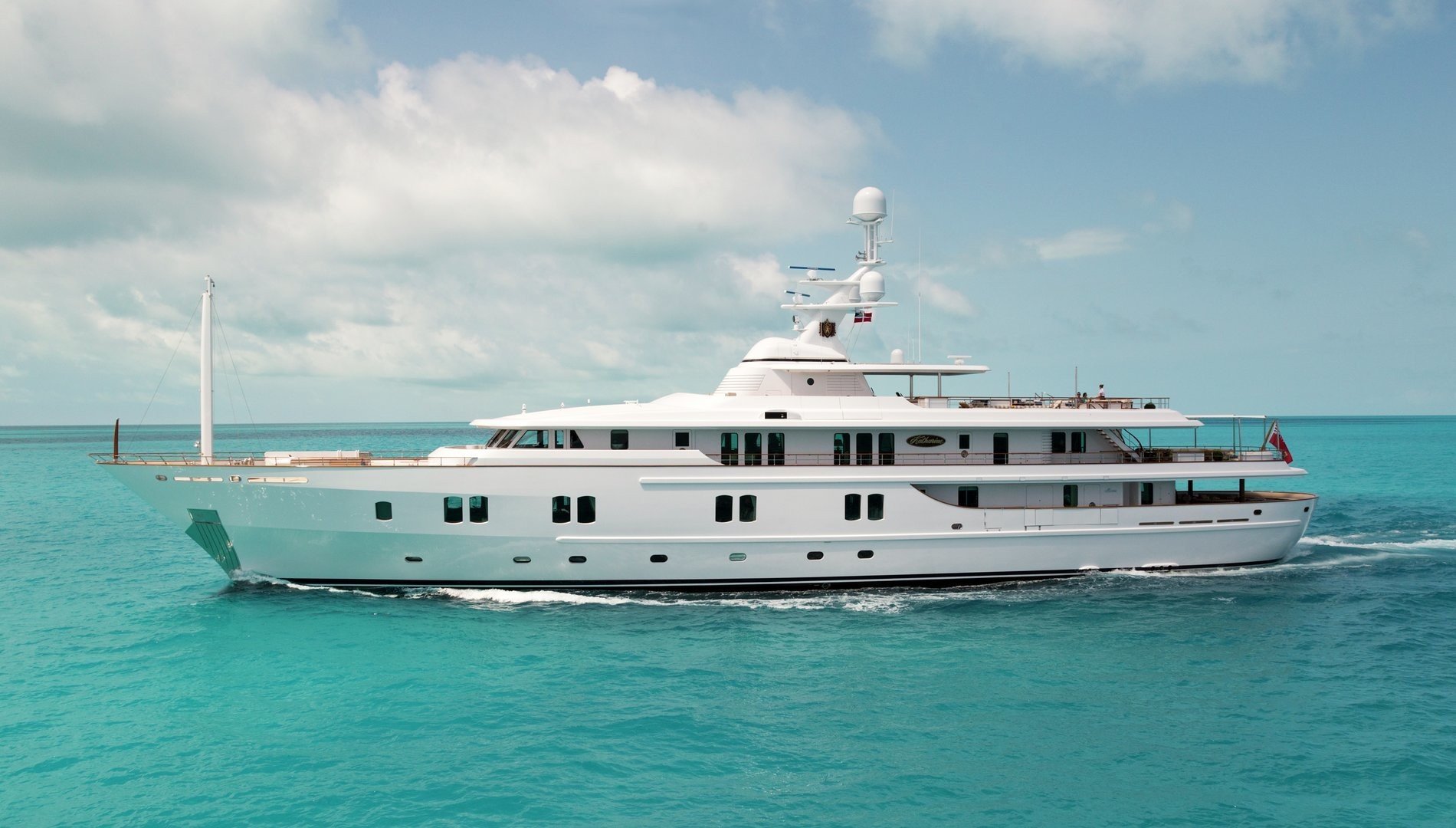 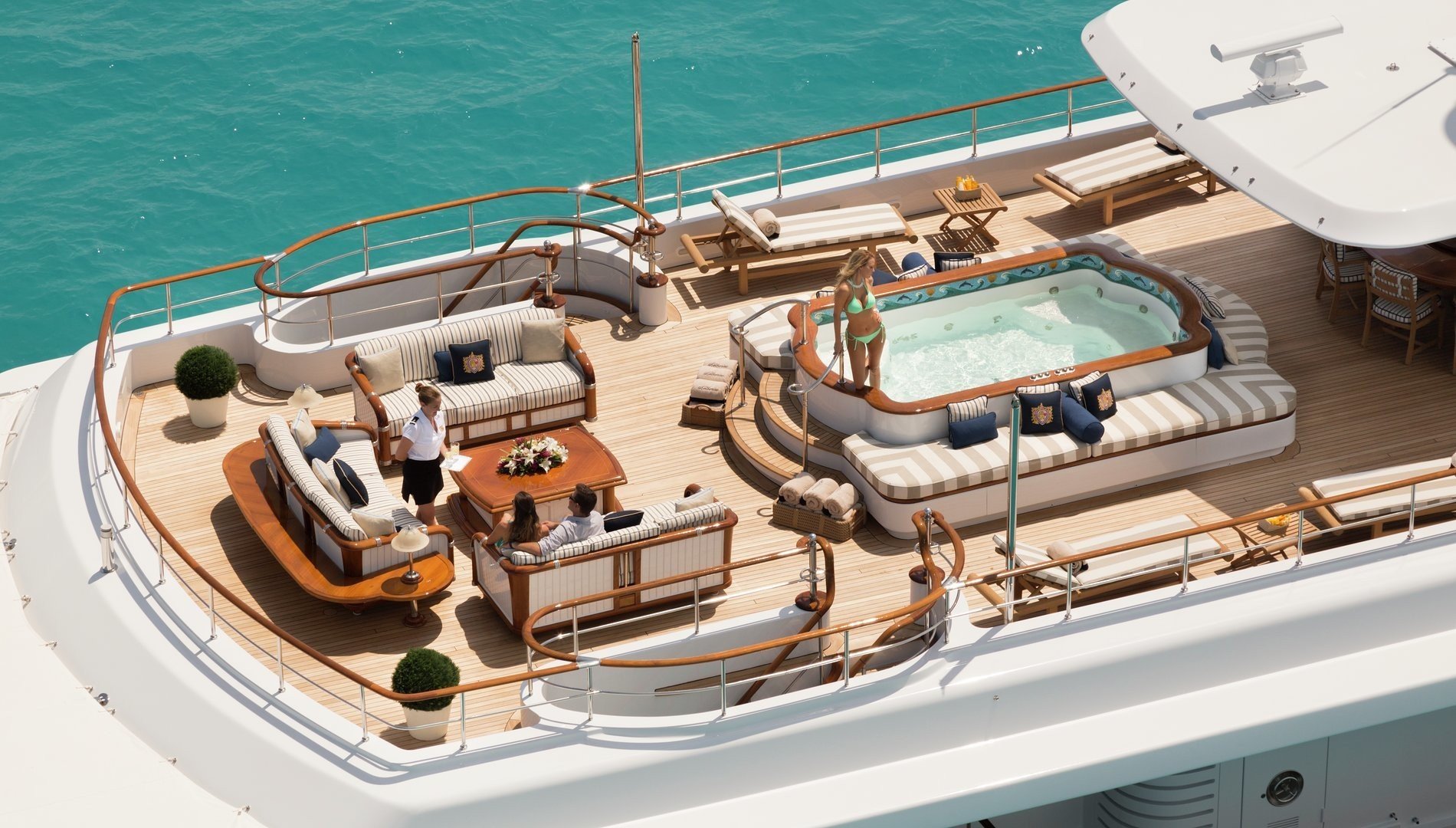 Katharine is a 62 meter motor yacht built at CRN. She was built as Numptia for Mario Sbarro, owner of the Sbarro pizza chain.

The yacht is designed by Studio Scanu. She can accommodate 12 guests in 6 cabins. She has a crew of 16.

She is powered by 2 Caterpillar engines. Which bring her a maximum speed of 17 knots. Her cruise speed is 14 knots. She has a range of 5,000nm.

The yacht’s owner is Lee Anderson.

Katharine is named after Lee and Penny’s daughter Katharina. Lee and Penny used to own a 52 meter Trinity yacht.

It was also named Katharina and is now known as Keri Lee.  For long the family owned a 42-meter yacht named Penny Mae. It was named after Penny Anderson. It was sold and is now named TCB. 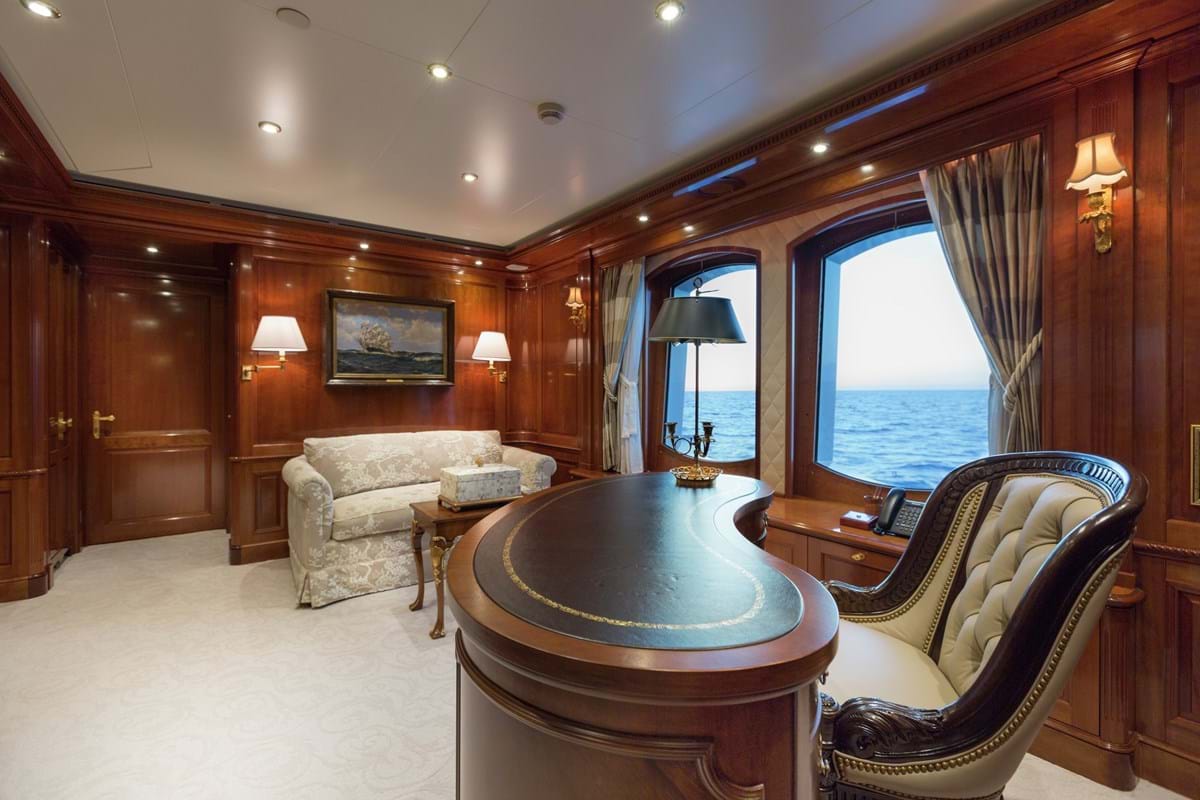 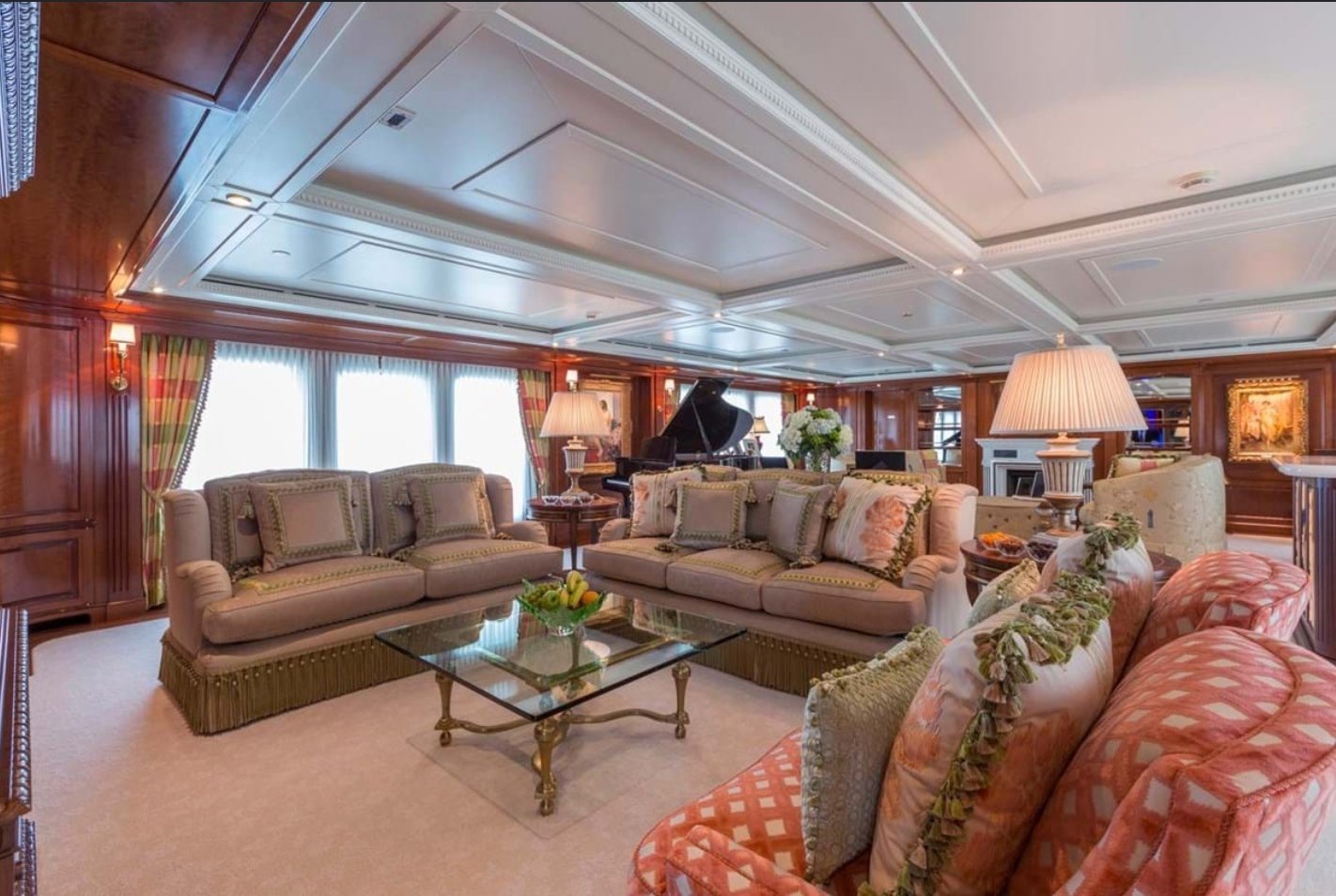 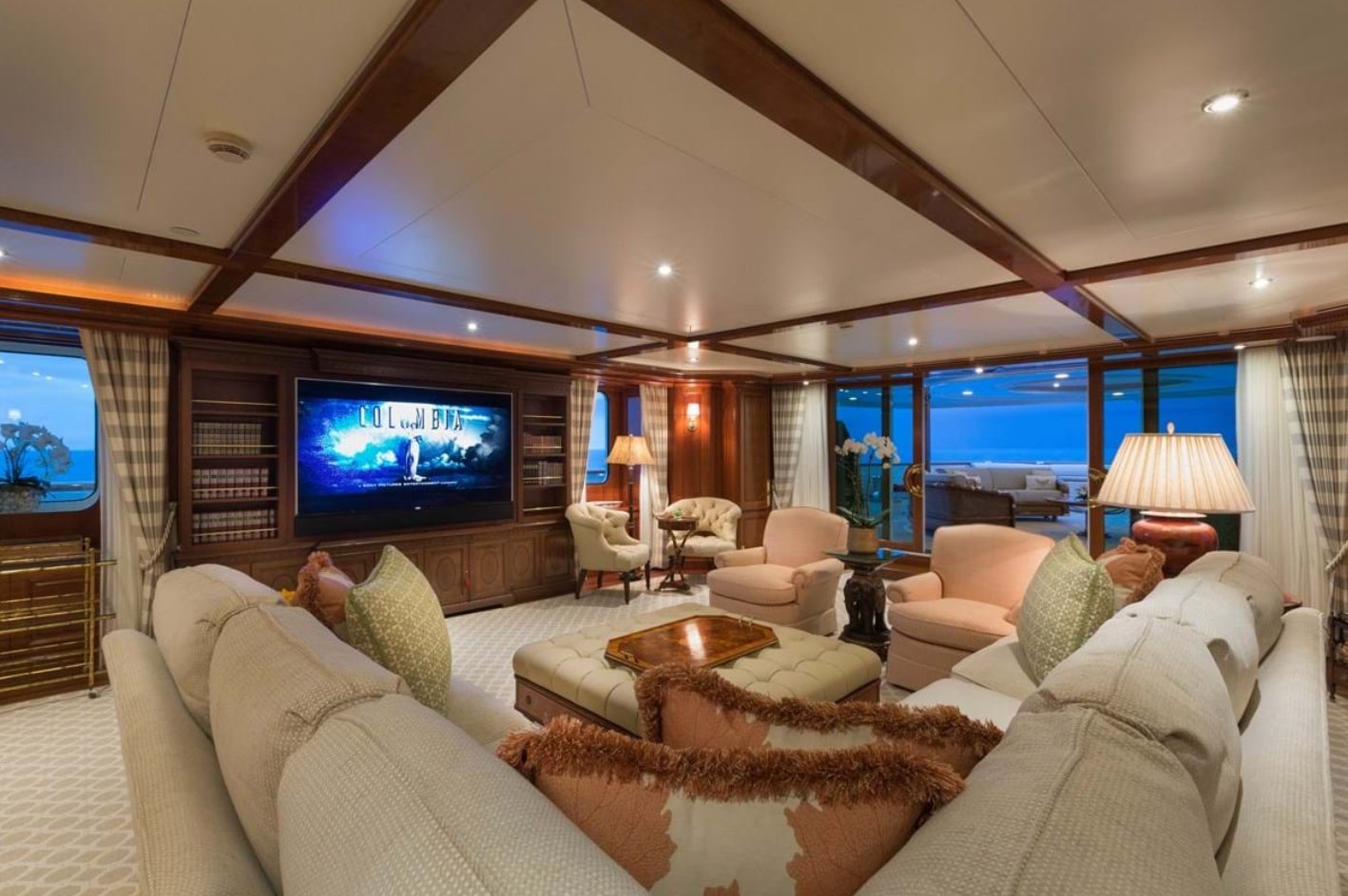 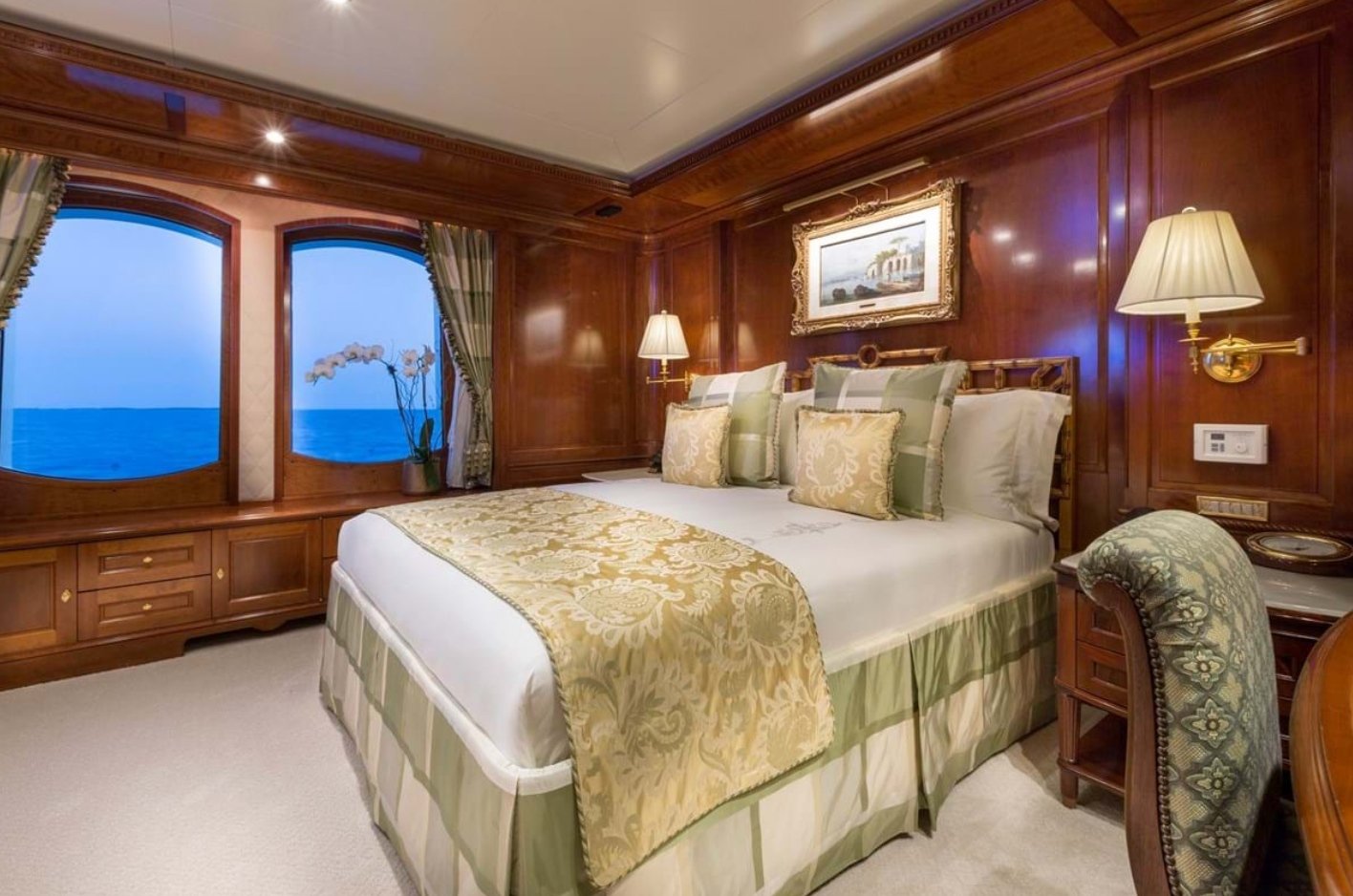 The yacht’s interior is designed by Zuretti Design.