The 170ft yacht DB9 is powered by 2 MTU diesel engines. Which bring her a top speed of 30 knots. Her cruising speed is 18 knots.

The yacht is designed by Nuvolari and Lenard. The luxury yacht can accommodate 10 guests and a crew of 8.

The yacht’s owner is US car dealer John Rosatti. He bought the yacht in 2019 when the yacht’s former owner ran into legal issues.

She was built for Russian billionaire Sergei Puchachev. He also owned the 120ft Palmer Johson DB9, built in 2005.

is the founder of the International Industrial Bank. Pugachev was once an influential advisor to the Russian Government.

He helped to get both Boris Yeltsin and Vladimir Putin elected President of Russia. In 2001, he became a senator in Russia.

Next to his duties as a senator, Pugachev was a member of several parliamentary committees, including the Committee on Federal Affairs and Regional Policies. He was also an adviser to the Head of the President’s administration.

In 2011, Pugachev was under investigation by the Russian government for embezzling loans from the government to International Industrial Bank. Pugachev argued the charges were politically motivated and left Russia to live in London and later settled in France.

Pugachev and his lawyers believe that the allegations by the Russian authorities targeting Mr. Pugachev are politically motivated and judicially groundless.

The legal team is awaiting action proceedings at the International Arbitration Court in the Hague in regards to Mr. Pugachev’s $12 billion compensation claim against the Russian Federation.

In 2016 an arrest warrant was issued by the Russian state. In 2018 he lost his London residence in an order by a UK commercial court.

Sergei Pugachev has his own website, on which some court documents are available.

He claims US$ 12 billion from the Russian Government at the court of arbitration in The Hague. He is now involved for more than 4 years in legal battles. 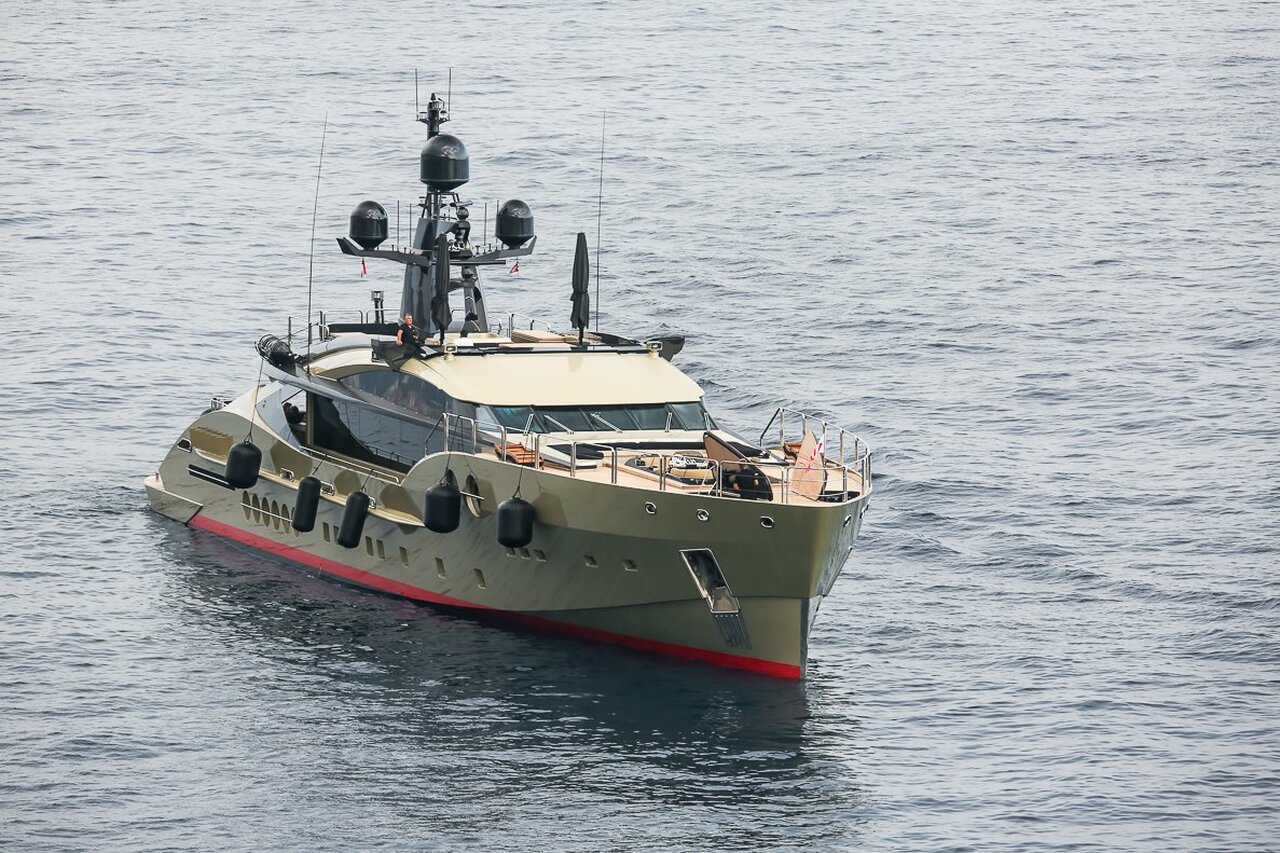 The yacht has a TZAR 95 RIB tender with 2 outboard engines.. More Yacht Tenders