Mohammed bin Rashid al Maktoum is the Ruler of Dubai. He is also Vice President and Prime Minister of the United Arab Emirates (UAE). He was born in 1949. He became Ruler of Dubai in 2006. He has 3 wifes and 23 children.

His father Sheikh Rashid bin Saeed Al Maktoum was responsible for the transformation of Dubai. From a small cluster of settlements near the Dubai Creek to a modern port city and commercial hub.

He tried to develop the economy of Dubai. So that it could survive after the end of oil production.

Sheikh Mohammed has been responsible for the creation and growth of a number of businesses and economic assets of Dubai. He is the owner of 2 large companies: Dubai World and Dubai Holding.

Maktoum is the founder of the Maktoum family-owned Godolphin racing stable. And the owner of Darley, the thoroughbred breeding operation with operations in six countries

The net worth of the Al Maktoum family is estimated at more than $5 billion.

Owner of the yacht Dubai 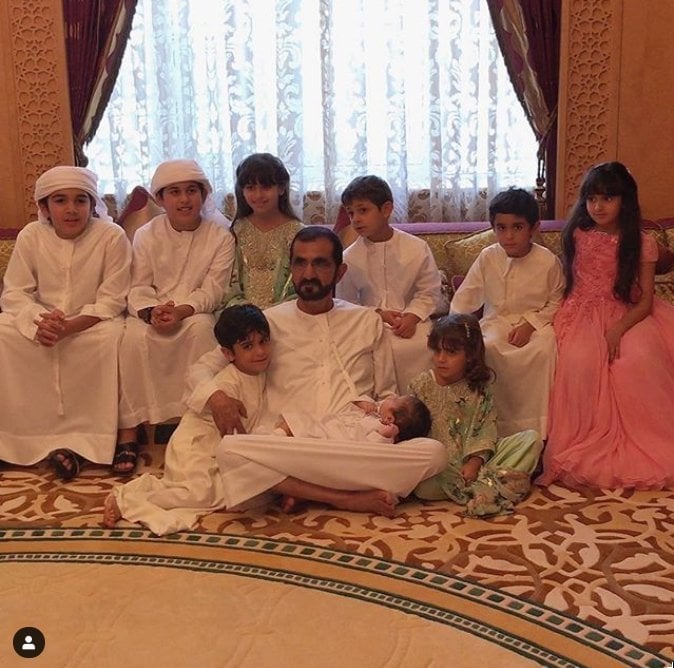 The family is active on social media and show many photos of their private life on Instagram. See some photos hereunder.

We also think that the Benetti DXB is owned by the Al Maktoum family and the Trinity Sapphire was owned by the family, but sold in 2014. Sheikh Mohammed reportedly lives in a large complex of several palaces, where all his family members live.

The area is called Za’abeel, and houses the Zabeel Palace, which was the official residence of Sheikh Rashid.

In the photo hereunder of the so-called Logo Island, the yacht Dubawi is clearly visible. He is owner of the yacht Dubai, which originally started as a project for Prince Jeffrey of Brunei