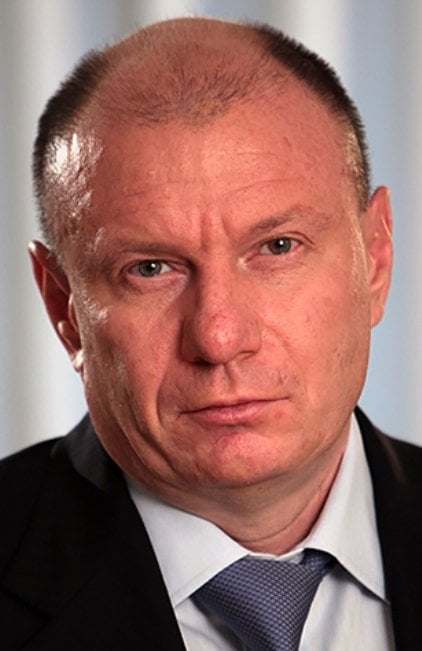 Who is Vladimir Potanin?

Vladimir Potanin is a Russian businessman and oligarch. Potanin acquired his wealth notably through the loans-for-shares program in Russia. He was born in January 1961. He is married to Ekaterina. He has 5 children: Anastasiya, Ivan, Vasily, Barbara, and Vladimir Jr.

Vladimir Olegovich Potanin was at a certain point the owner of three yachts Anastasia, Barbara and Nirvana. (Update he sold Anastasia in 2018 and later he sold Nirvana to Ralf Schmid. Schmid named her Wheels. ).

His net worth is estimated at $26 billion. That makes him the richest man in Russia.

Potanin personally financed the construction of the Rosa Hutor ski resort. Which was used for the 2014 Olympic Games in Sochi. Potanin is an active philanthropist through his  VladimirPotanin Foundation.

Vladimir and his (ex)wife Natalia Potanina divorced in 2014. She filed a lawsuit in 2017 for a Moscow court. Claiming $7 billion. The case was reported as ‘the most expensive divorce’. A Moscow district court rejected her claim, arguing that the lawsuit’s limitation period had expired Potanin’s luxury yacht Anastasia was named after his daughter Anastasia. She is designed by Sam Sorgiovanni. Anastasia had her own website. And she was available for charter at a rate of approx USD 700.000 per week.

Including an earlier IPO and a few dividend payments, he received a total of EUR 465 million on the sale of his company. We estimate the total net worth of Ralf Schmid at US$ 500 million.

He purchased the yacht Wheels for approx US$ 70 million. He also owns a Cessna Citation 650 with registration VP-CAR.

Potanin actually owned three mega yachts. As he was also the owner of the Oceanco yacht Nirvana.

Again designed by Sam Sorgiovanni. Nirvana is slightly larger than Anastasia and was delivered in 2013. She can accommodate 12 guests and has a crew of 18.

Nirvana is powered by 2 MTU engines. She can reach a maximum speed of 20 knots. Her cruise speed is 14 knots.

We believe Potanin owns houses in London, New York, Moscow and the South of France. But we have not been able to find an address (yet). Do you know more about a residence owned by Potanin? Please do send us a message.

Update: we received this message from a representative of mr. Potanin: “Please be aware that nor Mr. Vladimir Potanin nor his entities are holders of any residence abroad Russia.”

He was the owner of the yacht Barbara, which he named after his daughter. He sold the yacht to New York-based hedge fund manager Felix Baker.

Potanin is building a new and larger yacht in the Netherlands.

The yacht was sold to New York-based hedge fund manager Felix Baker. Baker is the co-founder of Baker Brothers Advisors, a hedge fund that specializes in biotechnology.

Baker started his hedge fund firm with his brother Julian Baker in 2000. The firm now manages more than $25 billion Update: we received this message from a representative of Mr. Potanin: “Nor Mr. Vladimir Potanin nor his companies are owners of any private jets.”

Update 2 : the EU-LPN was sold and is now registered as N107AL. The latter is available for charter. The jets have a list price of around US$ 60 million each.