The yacht Queen Miri was the private yacht of Sheldon Gary Adelson. The yacht is named after his wife Miriam. The yacht is designed by Alpha Marine.

The Queen Miri yacht can accommodate 36 guests and a crew of 32. She is powered by two MTU engines. Her top speed is 17 knots. Her cruising speed is 12 knots. Her range is 7,000 nm.

The annual accounts of the Sands Group mention that the Company incurred and paid certain expenses. Totaling $3 million, $4 million, and $6 million to its Principal Stockholder. The amounts relate to the Company’s use of his personal aircraft and yacht for business purposes.

The Queen Miri boat was built as Annaliesse for UK businessman Andreas Liveras. He built the yacht as a (commercial) charter yacht. The yacht was later sold to an Arab billionaire and named Delma. In 2014 Delma was purchased by Adelson. He sent her to Italy for a two years long refit at Amico.

Works included lengthening the hull to 91.5 meters. There was a complete reconstruction of 1,020m2 of interior space. And refurbishment of another 980 m2.

The external lines and layout had been largely redesigned. There were new elements introduced in all the external decks. And a new pool on the sundeck along with new side doors.

A new relaxation area has been created at the stern. And a floodable tender garage that can be converted into a pool. The pool has a volume of 90,000 liters of heated seawater.

The yacht’s owner was Sheldon Adelson. He died in 2021, the yacht is now owned by his family. 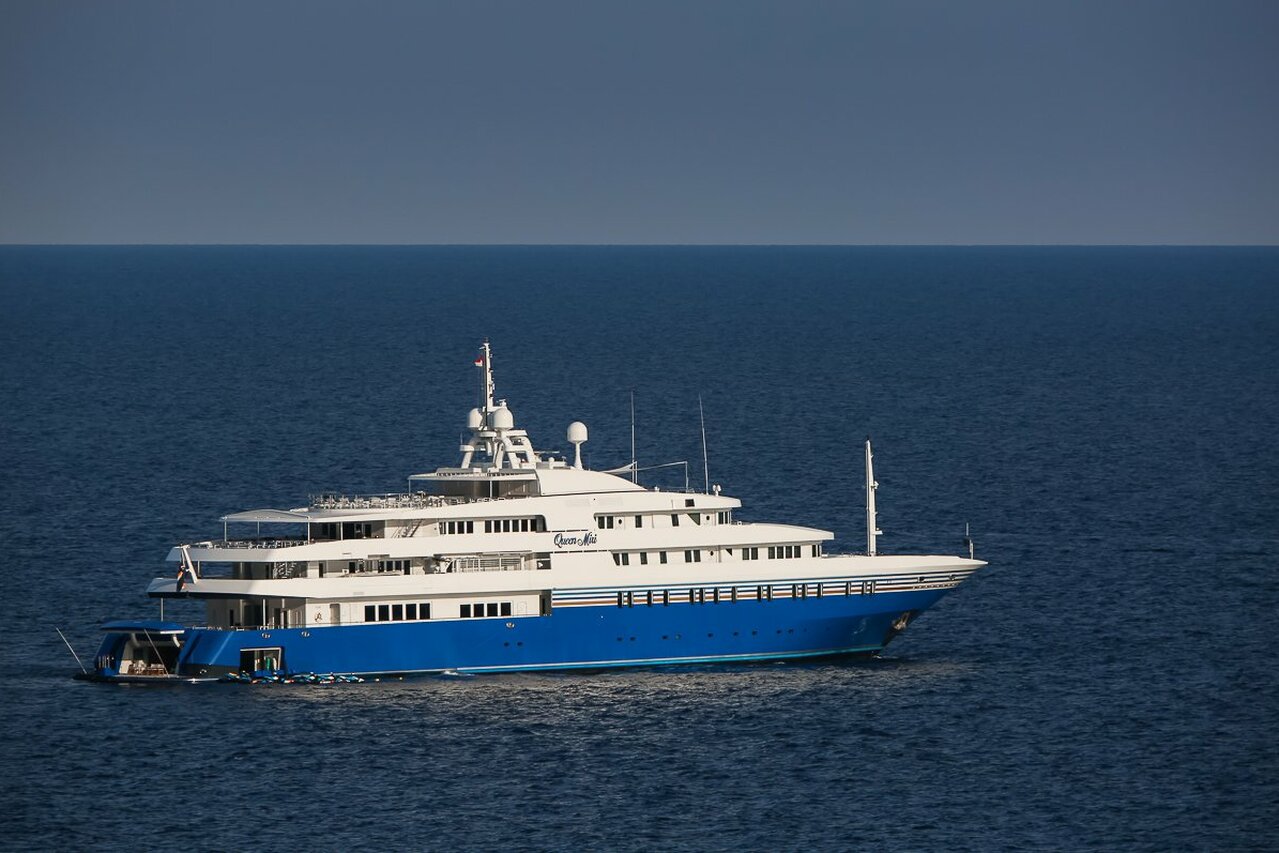 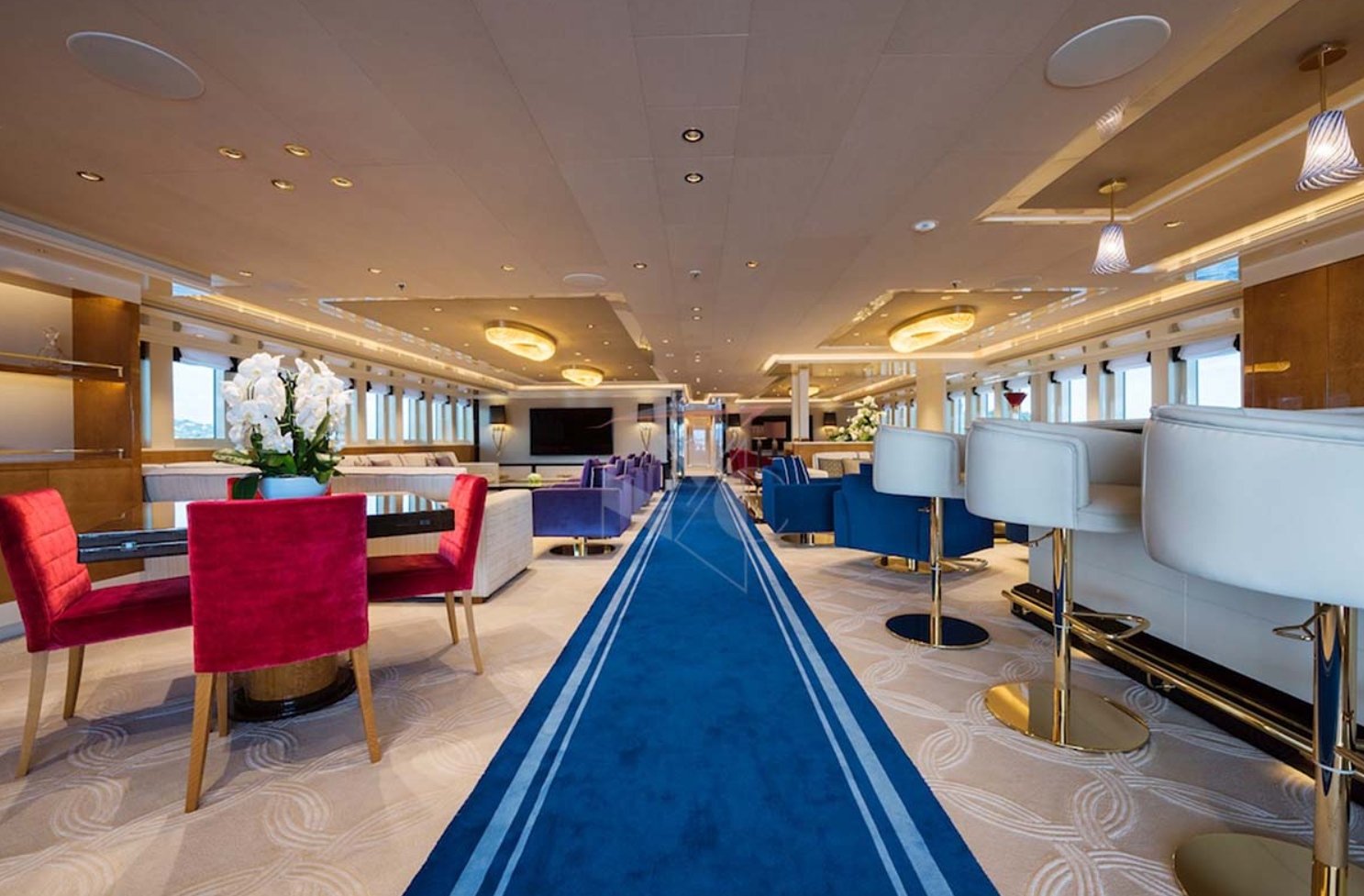 The large superyacht is designed by Alpha Marine. She can accommodate 36 guests and a crew of 32. She was built for Andreas Liveras.