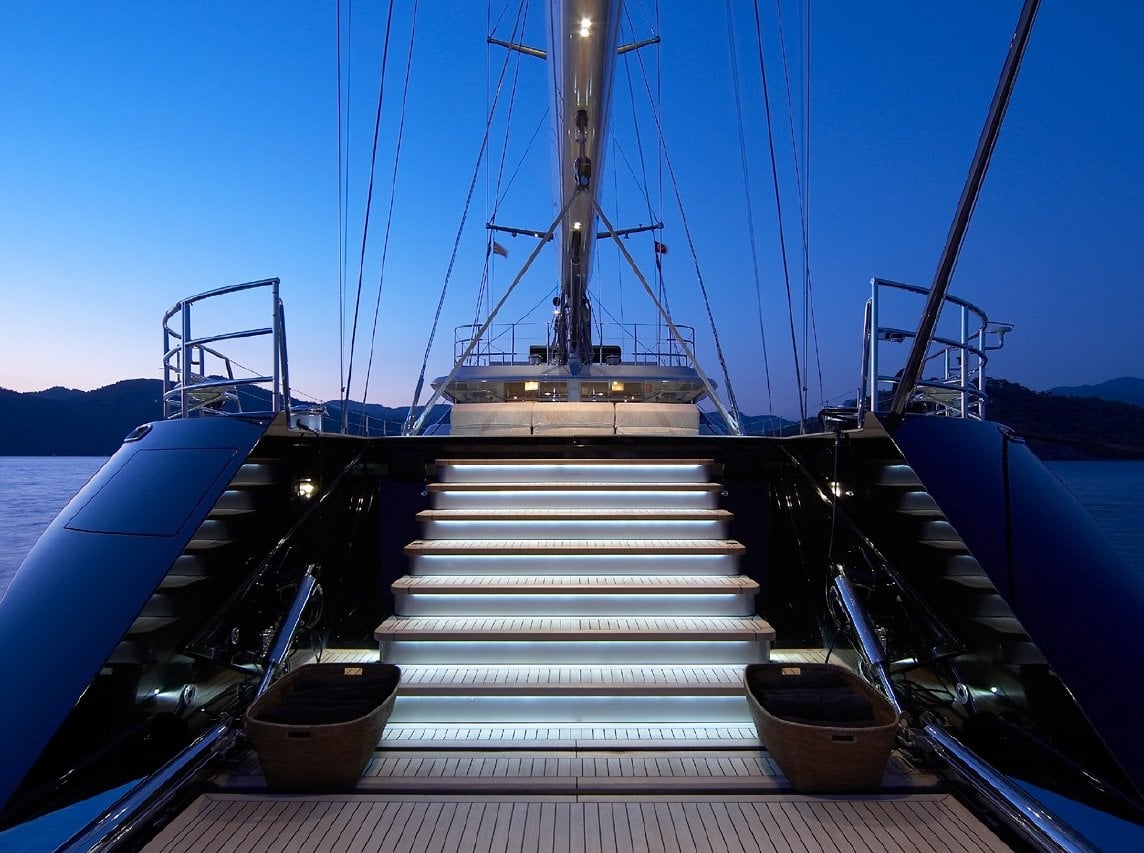 The sailing yacht Nirvana Formentera is a 53-meter ketch built by Vitters and delivered in 2007.

The yacht is designed by Dubois Naval Architects, as a fast cruising ketch.

She is built out of aluminum and is powered by two Caterpillar engines. Her top speed is 12 knots. Her cruising speed is 10 knots.

Her interior is designed by Josep Juanpere Miret of GCA Arquitectes. Nirvana can accommodate 10 guests and has a crew of 9.

The luxury yacht has an innovative pivoting centerboard, which reduces the yacht’s draft from 10 meters to 3 meters. This allows her to operate in shallow waters and anchor close to the beach.

In 2008 SY Nirvana won the Monaco Yacht Show Prix du Design, which is an award for the most beautiful design.

In that same year, the yacht also won the International Superyacht Society Design Award in the category “Best sailing yacht above 40m“.

Who is the Owner of the Yacht NIRVANA FORMENTERA?

The yacht’s owner is Spanish billionaire Isak Andic Ermay Isak Andic is a businessman from Spain. He is the founder and owner of the clothing company Mango, which has over 2,200 stores in 110 countries. He is also known for his philanthropic efforts and is the president of the Fundació Privada Mango, which supports various causes including education and healthcare.

A few years ago, the name of Nirvana was changed to Nirvana Formentera. This indicates that Andic sold Nirvana (although we were not aware of her being for sale). Or he is building a new yacht. And has reserved the name Nivana for his new project.

Some sources mention a project named Nirvana II. Do you know more about Nirvana or a new project for Andic? Please do send us a message.

UPDATE: We were told he had plans to replace the yacht. But he abandoned the new build plans and refitted Nirvana instead.

How Much is the NIRVANA FORMENTERA Yacht?

Her value is $35 million. Her annual running costs are around $3 million. The price of a yacht can vary greatly depending on a number of factors, including the size, age, and level of luxury of the yacht, as well as the materials and technology used in its construction. The yacht’s interior is designed by GCA Arquitectes Associats.