Who is Kabir Mulchandani?

Kabir Mulchandani is the founder of FIVE Holdings. He was born on October 6, 1972 in India. He is married to Nadia Zaal. They have 4 children.

FIVE Holdings is a real estate developer active in Dubai. It was founded in 2011 as SKAI Holdings but later changed its name to FIVE. It is known for the FIVE Palm Jumeirah Hotel. The FIVE Palm Jumeirah Hotel is considered to be one of the top ten hotels in Dubai by  Forbes. It won numerous rewards, including Best Rooftop Bar and Dubai’s Best Italian. The development costs were more than $1 billion.

Mulchandani is married to Nadia Zaal. Zaal is a property developer and is considered to be one of the Most Influential Women in the Arab World. She is the co-founder of ZAYA LIVING. Zaya is known for the Zaya Nurai Island, a boutique private island resort. Nadia is active on social media. Sometimes she posts photos on board of the family’s yacht ASYA.

His net worth is estimated at $500 Million. He is an active philanthropist, founding Project Udaan. Project Udaan provides surgery and other medical support to Indian children from poor families. He lives with his wife Nadia Zaal in Dubai. Do you know more about his house? Please do send us a message. He is the owner of the Heesen yacht ASYA. 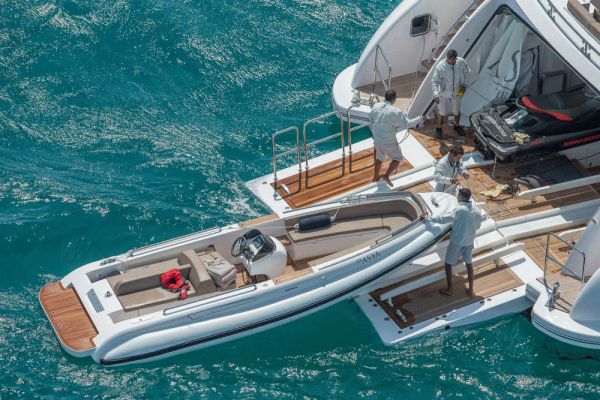 He is the owner of a Bombardier Global XRS private jet with registration A7-SKA. SKA is probably a reference to the former name of his company (SKAI). But the aircraft now carries a large V on the tail, referring to FIVE.