Who is Floyd Mayweather?

Mayweather is an American professional boxing promoter and former professional boxer. He is famous for his spectacular 50-0 record: 50 fights and 50 wins. He was born in February 1977.

Mayweather has a record of 26 consecutive wins in world title fights (10 by KO). He also has  23 wins (9 KOs) in lineal title fights and 24 wins (7 KOs) against former or current world titlists.

How much money does Mayweather earn with boxing fights?

In 2018 he was named the highest-paid athlete. He earned US$ 285 million in prize money in 12 months. Most came from one fight, as he earned $ 275 million at an August 27 fight with Conor McGregor. Mayweather has earned more than $1 billion in career earnings.

His net worth is estimated between $600 million and $800 million.

The N151SD was built in 1994. For many years she was owned by DS Advisors. In 2018 the jet was bought by Mayweather through his company Michigan Appearances LLC.

The value of his private jet is around $5 million. He bought the jet for $3 million and refurbished her interior for $800,000.

How rich is Floyd Mayweather?

His net worth is estimated between $600 million and $800 million.

Is Floyd Mayweather a billionaire?

Does Floyd Mayweather have a jet?

Yes, he owns a Gulfstream GIV with registration N151SD

How much is Mayweather’s jet?

The current value is estimated at $5 million 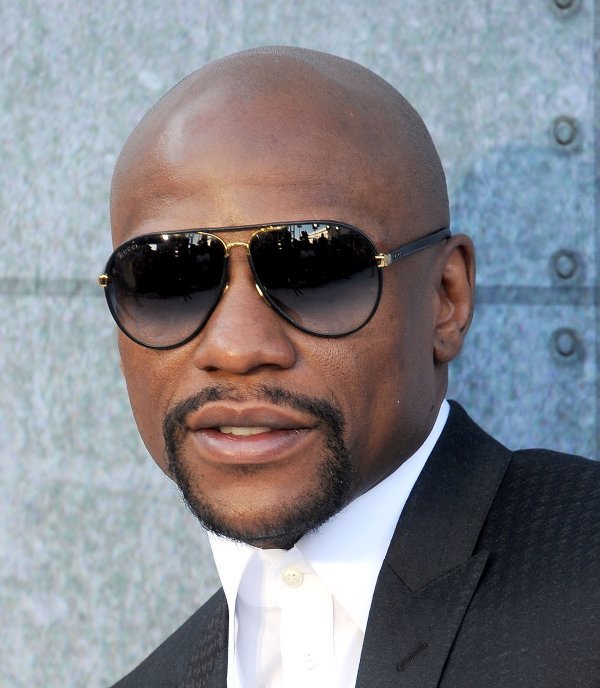 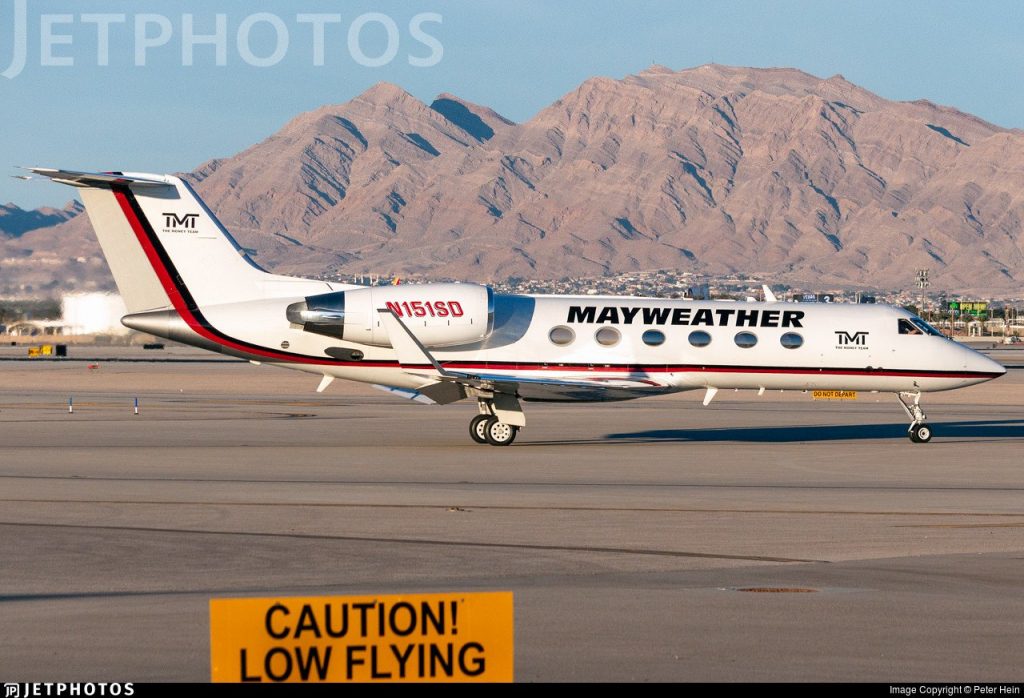 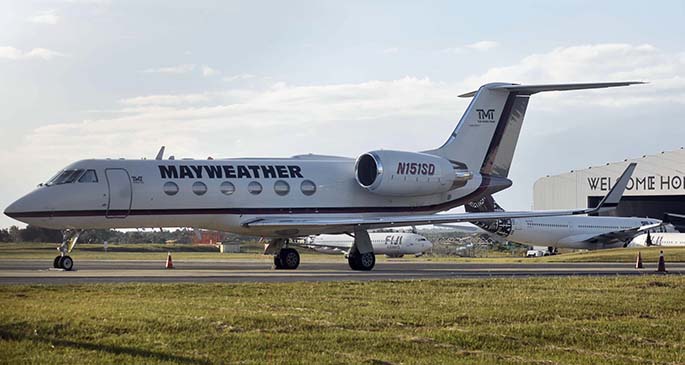 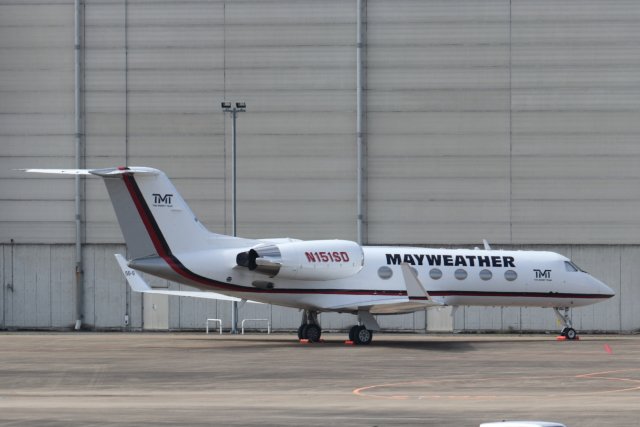 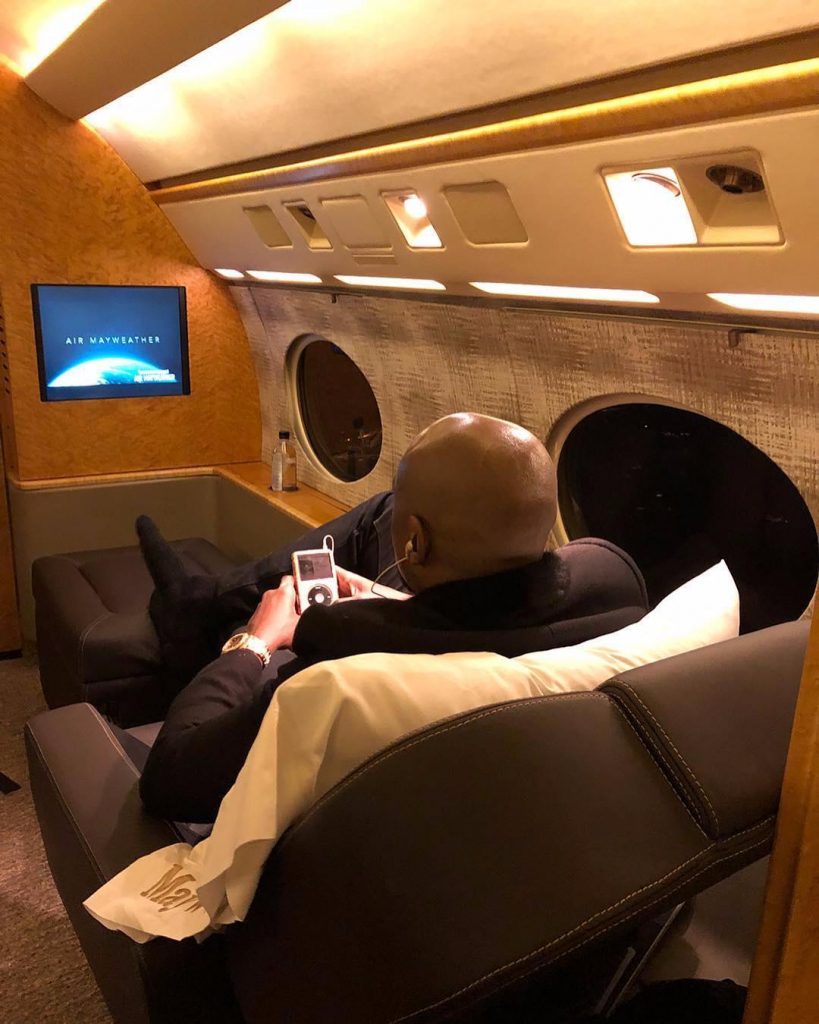 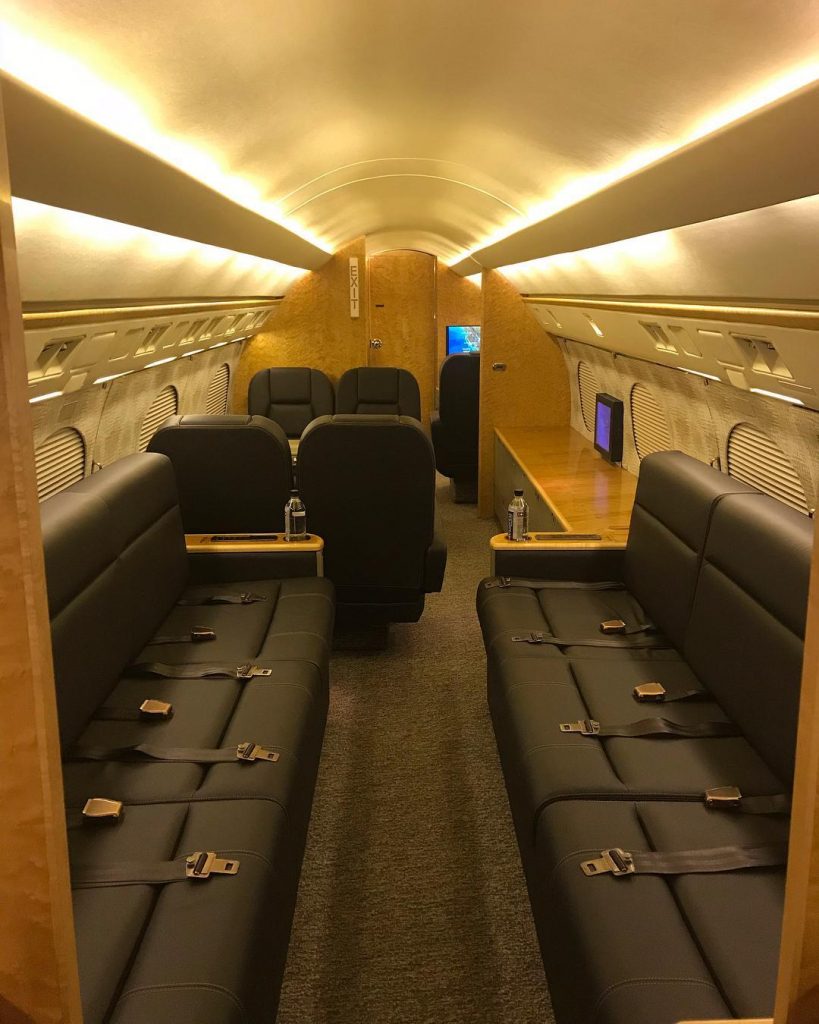 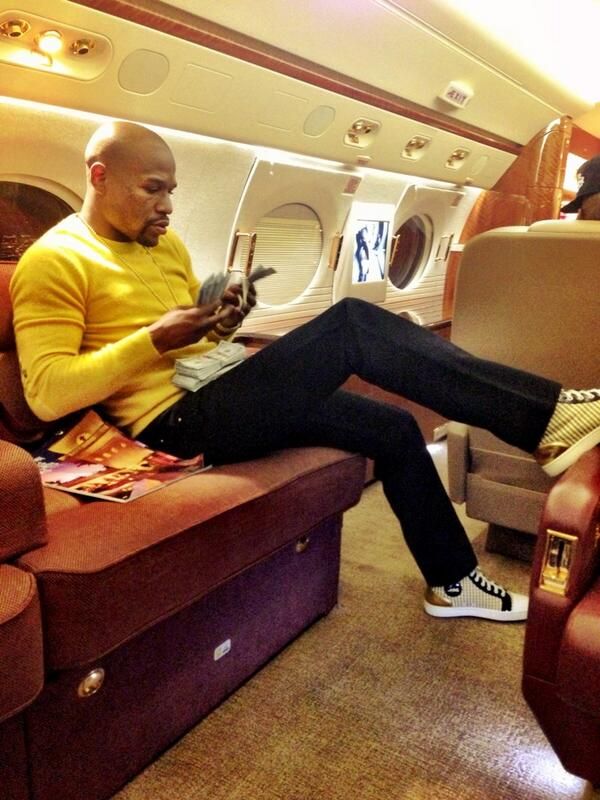 He recently bought 2 large houses. His main residence is said to be a large $10 million mansion in Las Vegas, which he bought in 2018. The house has 5 bedrooms and 8 bathrooms. There is a clubhouse, a large pool, an exercise room and facilities for security guards. In 2018 he also bought a house in Beverly Hills. The Beverly Hills property was first on the market for $38 million in 2015. In 2018 Mayweather paid US$25.5 million in cash. 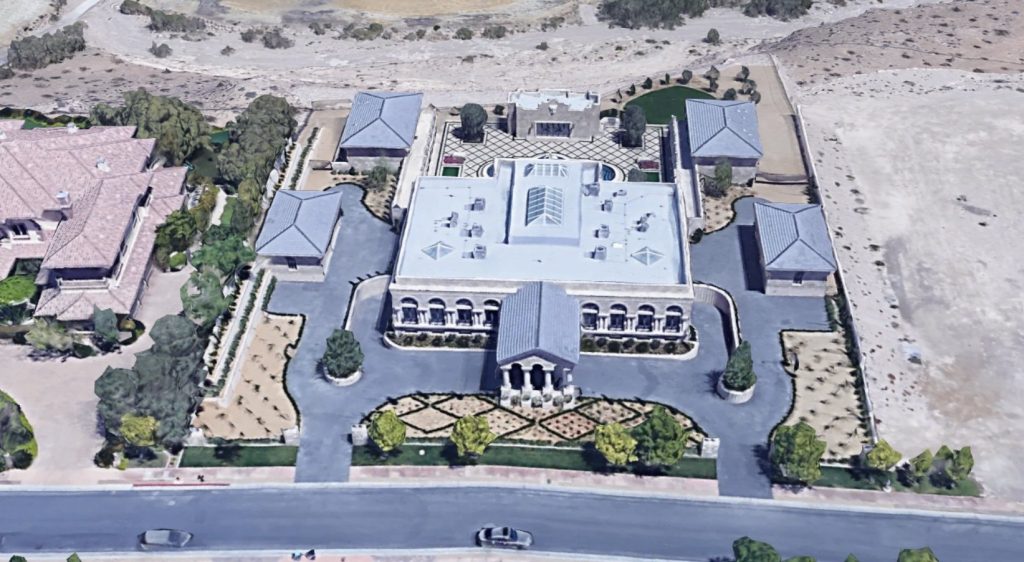 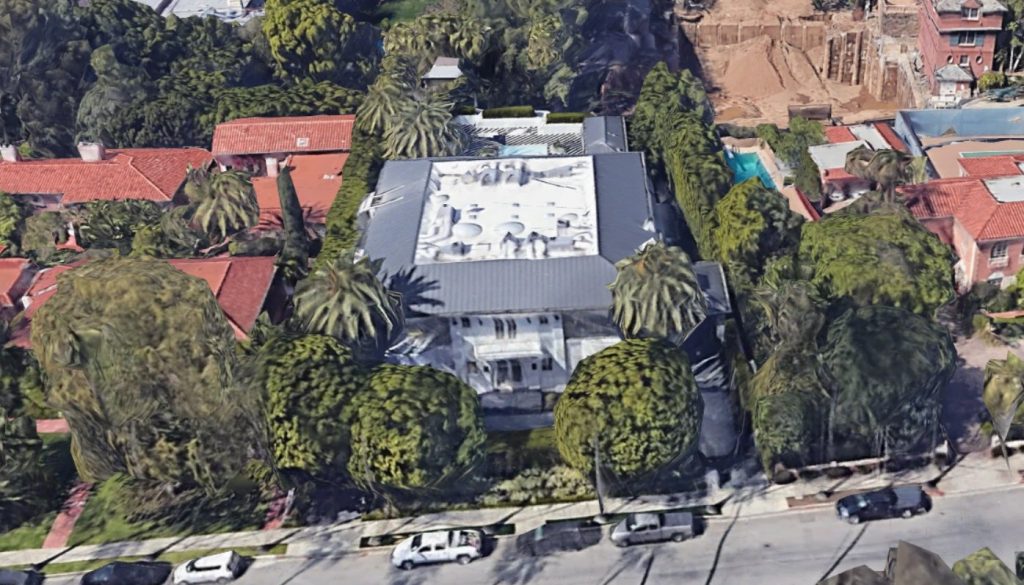 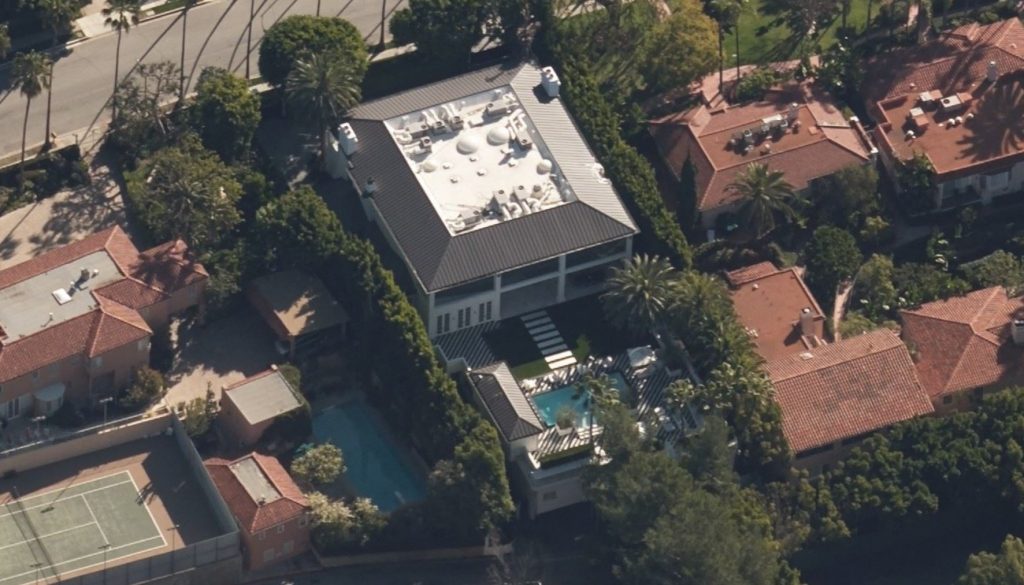 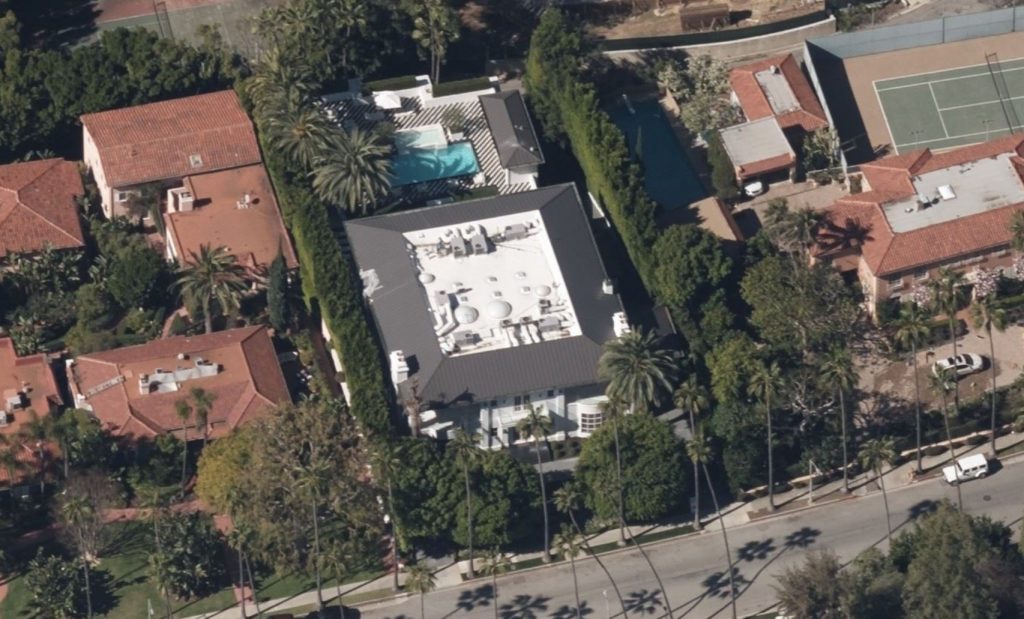 He owns a large and expensive rare car collection. His collection includes a rare Koenigsegg CCXR Trevita, with a list price of US$ 5 million. He also owns a US$ 3.5 million Bugatti Chiron, with a top speed of 288 mph. He owns an Aston Martin One-77, several Ferraris and a collection of Rolls Royce cars.

How many cars does he have? More than 100 rare and expensive cars. 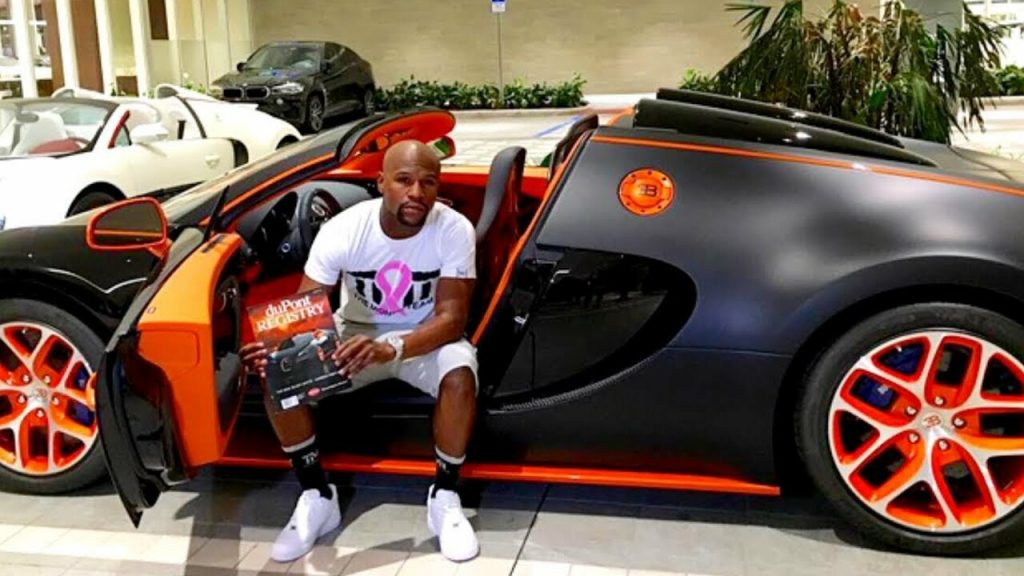 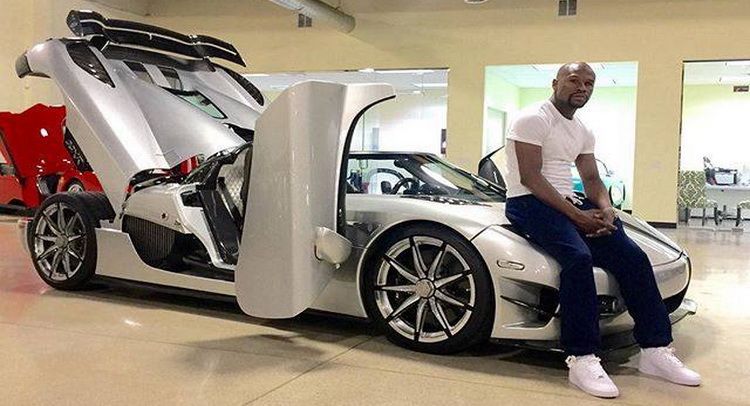 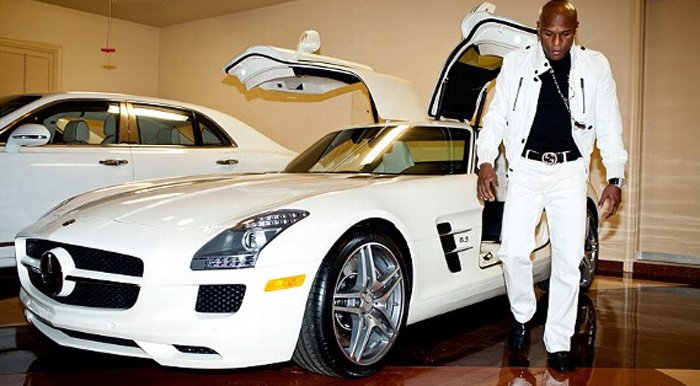