Who is Mark Getty?

Mark Getty was born in July 1960. His father is Sir John Paul Getty, his mother is Gail Harris. He is married to Caterina Nahberg. He has four children, three sons from a previous marriage and a daughter with Caterina.

He is the heir to the Getty Oil fortune and founder of Getty Images. He is the owner of the yacht Talitha.

The company we now know as Getty Oil was founded in 1942. In 1949 Jean-Paul Getty negotiated a series of lucrative oil leases with Saudi Arabia and Kuwait. In the 1980s Getty Oil was sold to Texaco for US$ 8 billion.

In later years (parts of) the company changed ownership several times. For a few years, it was owned by Russian Lukoil. In 2011 Getty Petroleum went bankrupt. The current Getty Oil is owned by an Austrian company named Westerhoudt AG.

Mark Harris Getty founded Getty Images in 1995. The company is a supplier of stock images, editorial photography, video, and music for businesses and consumers with an archive of over 200 million assets. In 1997 Getty Images merged with the US company Photo Disc.

In 1998 Getty Investments LLC paid US$ 28 million for Getty Images. Getty Investments is owned by several Trusts, including the Gordon P. Getty Family Trust, and the ‘October 1993 Trust’ established by Mark H. Getty.

In 2003 it was reported that Mark inherited the bulk of his father’s fortune. It was estimated at more than GBP 200 million at that time. Given the success of Mark’s company Getty Images, we now estimate his net worth at US$ 500 million. Getty lives with his wife Caterina Nahberg in Wormsley Estate in Buckinghamshire, UK. The Estate was built in the 16th century and was acquired by Sir Paul Getty in 1985. Paul Getty spent much time on restoring the house and estate back to its former glory. Getty also had a library added to the house to accommodate his book collection and a theatre where performances were held for invited guests.

Mark also has a residence in Rome and we believe he still owns a house near Seattle. He is the owner of the yacht Talitha. She was built in 1930 by Krupp Germania for Russell Alger, Chairman of the Packard Car Company. We found that the Getty Family owns a Boeing 737 BBJ private jet, with registration N310AG. The aircraft was built in 2001. 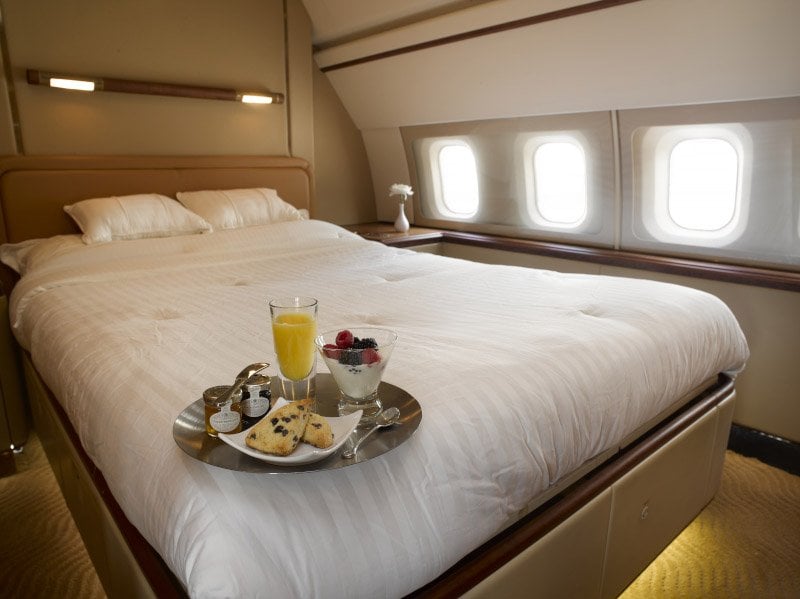