Who is Ronald Perelman?

Perelman is a US-based billionaire. He is most known for owning the Revlon Group. He is also chairman and chief executive officer of Revlon. He was born in January 1943. He is married to Anna Chapman. He has 8 children (Steven, Josh, Hope, Debra, Samantha, Caleigh Sophia, Oscar, and an undisclosed 2nd son with Anna Chapman). The oldest 3 kids were adopted.

He has an MBA from the Wharton School of Business at the University of Pennsylvania. He comes from a wealthy family, active in the paper industry.  He is a board member of the Apollo Theater in Harlem New York.

Investments include the Revlon Group and Harland Clarke, Other investments are Mafco, Scantron, and AM General. AM General is known for the Hummer and the military Humvee.

The Perelman family owned the American Paper Products Company. The company was founded by Ronald’s grandfather Morris Perelman. That was in the early 1930s.

In the 1960s Ronald’s father Raymond and his uncle Leon Perelman took over the paper company. The company was very successful. It enabled Raymond Perelman to start investing.

Ronald acquired the chocolates and licorice distributor MacAndrew and Forbes in 1980. Later this company was turned into Perelman’s private holding.

Notable investments were Technicolor, The Revlon Group, and Max Factor. Other investments are the First Gibraltar Bank and Marvel Entertainment Group.

Ronald is an active philanthropist. Like his father who donated US$ 300 million to good causes. Of which US$ 225 million to the University of Pennsylvania. Both Ronald and his father Raymond are listed on the Chronicle of Philanthropy’s Top 50.

In 2013 alone Ronald has donated more than US$ 200 million to charity.

He is the founder of the Ronald Owen Perelman and Claudia Cohen Center for Reproductive Medicine. The center is established at Weill Cornell Medical Center. 1. Perelman was born into a wealthy family.

3. He bought the chocolate distributor MacAndrew and Forbes in 1980.

4. Later this company was turned into Perelman’s private holding.

6. Ronald and his father are listed on The Philanthropy’s Top 50.

7. Perelman has owned several yachts, C2 is his latest.

9. The yacht is often visited by celebs including Kendal Jenner.

10. His neighbor in the Hamptons (NY) is Steven Spielberg.

He lives with his wife a large estate on Georgica Pond in the Hamptons. The house is located close to New York City. It is called The Creeks. It is a 40-room Mediterranean-style villa. The mansion was built in 1899 by the artists Adele and Albert Herter. His neighbors include Steven Spielberg and Calvin Klein. He is the owner of the yacht C2. The yacht’s name is supposed to be a reference to his deceased wife Claudia Cohen. 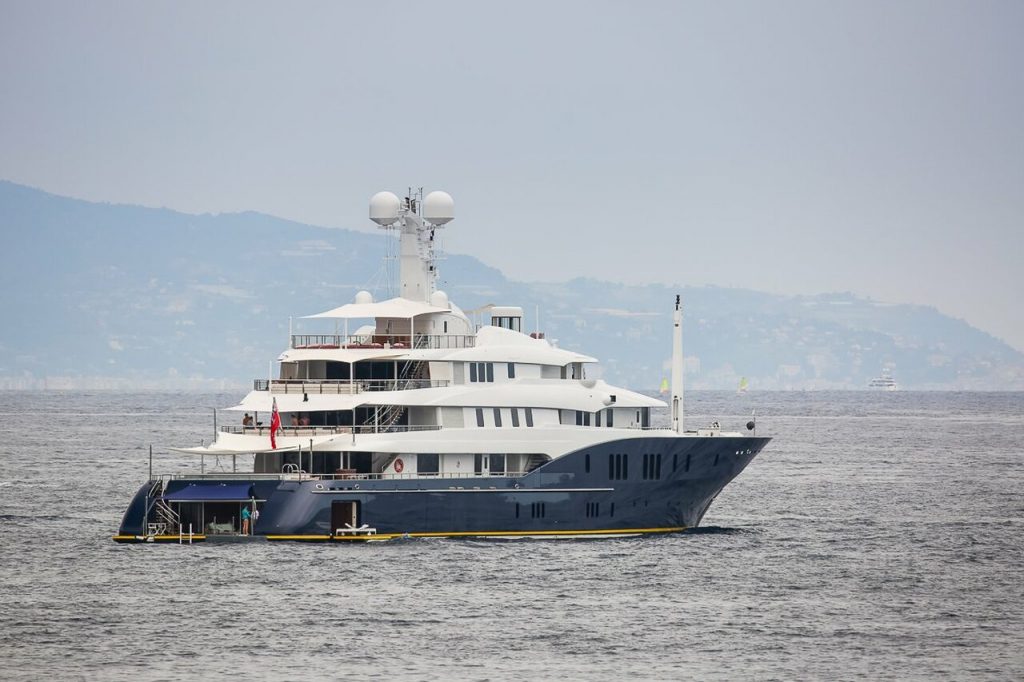 Perelman is the owner of a Gulfstream G650 private jet. The jet has registration number N838MF. The MF refers to MacAndrew and Forbes. The business jet has a value of at least US$ 75 million.