The luxury yacht LUCKY LADY was built by Oceanco as Lady Lola for Duane Hagadone in 2002.

She was designed by the A Group, with an interior by Zuretti. The yacht can accommodate 10 guests and a crew of 15. The upper deck is fully dedicated to her owner.

The motor yacht is powered by Caterpillar engines. Her top speed is 15 knots. Her cruising speed is 12 knots.

The yacht’s owner is US millionaire Raymond Conrad. 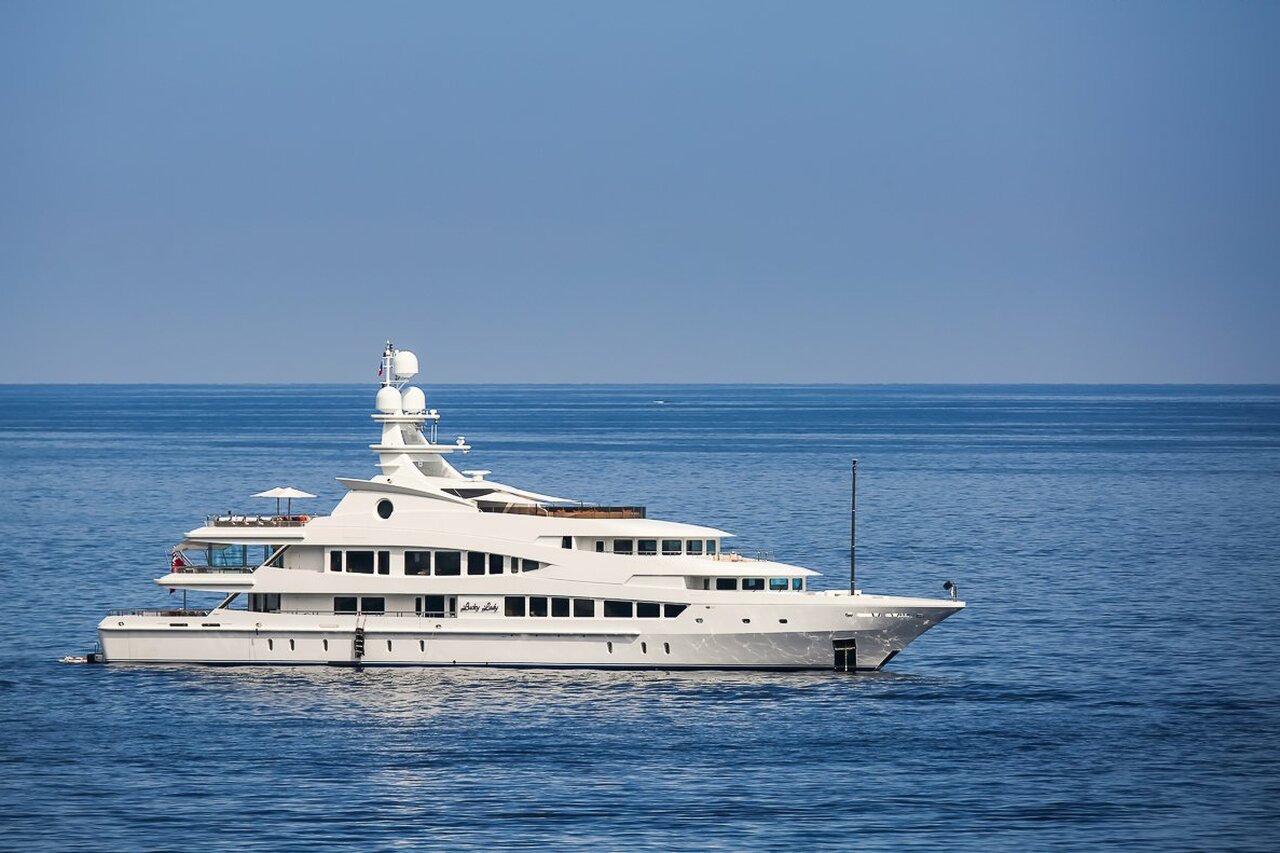 The yacht’s interior is designed by Zuretti

Duane Hagedone was chairman of the Hagadone Corporation, active in publishing and real estate development. He was born in September 1932.  He died April 24, 2021. He was married to Lola Hagadone. They have 2 children (Brad and Todd).

Duane Hagadone started as a small newspaper publisher, but the group now owns about 20 newspapers including The Coeur d’Alene Press, the Daily Interlake, the Beloit Daily News and the Columbia Basin Herald.

Hagadone Corporation owns several hotels, restaurants and marinas. Hagadone founded the Coeur d’Alene Resort and Golf Course, one of the finest golf courses in North America. Hagadone’s net worth was estimated at US$ 800 million.

Hagadone was the owner of a Gulfstream G-IV private jet, with registration N211DH. The jet is registered to Hagadone Aviation LLC.

Hagadone owned two amazing homes: a beautiful residence in Coeur D’Alene. And a US$ 30 million house in Palm Desert. Both houses have been featured in several magazines.

We believe the Coeur D’Alene mansion has been sold. We found this sales information:  A Stunning Luxurious Estate with 15.25+/- Private Acres overlooking Lake Coeur d’Alene.

With gorgeous views of Lake Coeur d’Alene, Hagadone Estate occupies 15.25+/- acres and provides the ultimate in privacy and a luxurious lifestyle.

This premier estate if fully gated with a private drive, helipad, and acres of perfectly manicured lawns. An entertainer’s dream, the estate boasts unbelievable indoor and outdoor amenities.

Praise about his Palm Desert house: The home has 32,000 square feet of indoor living space. When you factor in the outdoor gardens, patios, sports courts, and pools, the homes total square footages comes to a staggering 64,000 square feet.

The home has a total of 57 different angled roof segments. It also has 19 electronic, moveable glass walls that can be opened up to maximize the outdoor space. The pools are made up of an outstanding 4.5 million tiles.