Prince Al Waleed bin Talal is a member of the Saudi Royal Family. As he is the nephew of the late Saudi King Abdullah. He was born in March 1955. He was married to Ameera Al-Taweel, they divorced in 2013. He has 2  children: Khaled bin Alwaleed bin Talal, and Princess Reem bin Talal. As an entrepreneur and international investor, he has realized massive wealth. Through investments in real estate and the stock market.

A 90% ownership of Lebanese Broadcasting Center (LBCSAT); 7% of News Corp (Fox News). He owns about 6% of Citigroup; 17% of Al Nahar and 25% of Al Diyar, two daily newspapers published in Lebanon.

In 2011 he acquired a $300 million stake in Twitter. The Prince is one of the richest yacht owners in the world.

He was married to Princes Ameerah Al-Taweel but they divorced in 2013. He has two children from a previous marriage. Princess Reem bin Talal and Khaled bin Al Waleed bin Talal.

Princes Ameerah Al-Taweel was Chairman of the Alwaleed Bin Talal Foundations. She is one of the world’s most recognized philanthropists. She was ranked #4 on the Arabian Business ‘100 most powerful Arab Women 2012’.

Through the Foundations, the Prince has donated more than US$ 2.4 billion to charity. Prince Alwaleed has his own Facebook page and website.

On November 4 2017 the Prince was arrested as part of an anti-corruption effort. He was among at least 11 Saudi princes and former senior Saudi Government officials including ministers and businessmen arrested by Saudi Arabian authorities. He was detained in the Riyadh Ritz Carlton hotel.

The arrest was ordered by a newly established anti-corruption committee headed by Crown Prince Mohammed bin Salman. In December 2017 it was reported he could buy his way out of detention for $ billion. He was released in early 2018. He lives in a large palace in Riyadh. The Palace is located on the Prince Talal Road. Its a large compound with three outdoor swimming pools, a large inside pool area. There is a large lake and several buildings including a Mosque. The palace reportedly has more than 400 rooms. He is the owner of the Benetti yacht Kingdom 5 KR. Al Waleed owns several private jets: a Boeing 747, an Airbus 321 and an Hawker Siddeley 125. Al Waleed is rumored to have ordered an Airbus A380, the world’s largest passenger aircraft.

The Airbus A380 has been noted in the 2009 Guinness World Records as the largest private jet in the world. His private Boeing 747 with registration HZ-WBT7, is referred to as ‘the Flying Palace’. 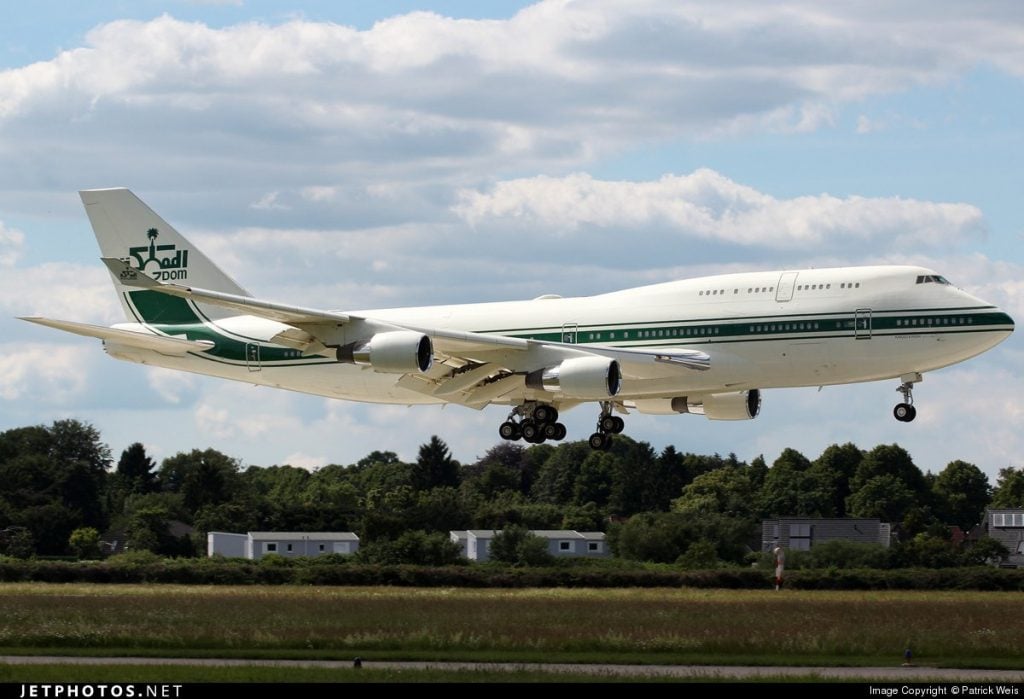