Who is Betsy Devos?

Elisabeth Dee DeVos or Betsy was Secretary of Education, she resigned in January 2021. She was born in January 1958 in Michigan. She is married to Dick. They have 4 children. (Andrea, Ryan, Richard III, and Elisabeth DeVos). She is a member of the Republican party. She was appointed by Donald Trump.

The Department of Education is a government agency that oversees public education. Its mission is to promote student achievement and preparation for global competitiveness.

Betsy Devos supports free school choice and unlocked hundreds of millions a year for new charter schools. A charter school is a school that receives government funding but operates independently of the established state school system in which it is located.

She graduated from Calvin College in Grand Rapids Michigan. Her father is Edgar Prince. He was the founder of Prince Corporation. The company created car parts and interior systems for car manufacturers. After he died, the company was sold for US$ 1.35 billion.

Betsy and Dick DeVos are the owners of the yacht Legacy.

Dick DeVos is the son of Richard DeVos. He is the billionaire founder of Amway. The family is based in Michigan.

Richard DeVos co-founded Amway in 1959 with his friend Jay Van Andel. Is a multi-level marketing company that produces and sells high-quality consumer products in the nutrition, beauty and home categories.

The company started by selling Nutrilite food supplements. The company grew very fast and is now one of the 30 largest companies in the US.

Nowadays Amway realizes US$ 9.5 billion in sales. It has more than 20,000 employees. Doug DeVos is now president of Amway. He is a brother of Dick Devos.

Richard is the owner of the Orlando Magic professional basketball team based in Orlando. Richard DeVos died in 2018 at the age of 92.

Dick DeVos is the owner of The Windquest Group, an investment management firm. The firm’s investments focus on technology and clean tech. Investments include Electra-Therm, Boxed Water, and AOBiome.

Betsy was Chairman at Windquest. DeVos is also the founder of the West Michigan Avation Academy.

The DeVos family owns and has owned many boats. First of all there are four Westports. A Westport 112 (2003) and a Westport 130 from 2005 (now named Godspeed). There is Seaquest, a Westport 164 from 2008. The yacht was sold in 2019 and is now named “Chasing Daylight”. And a smaller 85ft Pacific Mariner (a Westport brand) named Sun Quest. They also own a tender named Chase Quest.

The Devos family is actually a shareholder in the Westport yacht building company. The family is also active in sailing. They own the Reichel/Puch designed 86 ft boat Windquest. And until a few years ago they owned the 53 meters (174 ft) Perini Navi sailing yacht Independence.  This yacht is now named Jasali II.

Through their company Amway the DeVos family owned (together with the Van Andel family) several Feadship yachts named Enterprise. We can’t find any information about the first yacht Enterprise. But there is info available about the next four.

UPDATE: We found two more yachts. The Westport 164 yacht Legacy, built-in 2011. She is registered to DV Marine Corporation. And the Hatteras 80 yacht Kitsune. Kitsune is Japanese for Fox. And DeVos means The Fox in Dutch.

The boat Kitsune is based behind Dick and Betsy’s mansion on Lake Macatawa. See the right photo of their home hereunder.

The DeVos family are active philanthropists, donating more than US$ 1.2 billion to good causes. In recent years donations amounted to nearly US$ 100 million annually. Donations are done through several family foundations. Dick’s father founded the Richard and Helen DeVos Foundation.

Dick and Betsy have funded the Northwood University DeVos Graduate School. The school is a specialized business school focused on developing future leaders of a global, free-enterprise society.

The DeVos family’s net worth is estimated at $5 billion.

In February 2017 DeVos was confirmed as the 11th United States Secretary of Education after being nominated by President Trump.

DeVoss has been involved in education policy for nearly three decades as an advocate for children and a voice for parents.

Her plan was to reform the public education system.

On January 7, 2021 DeVos resigned as Secretary of Education, citing violence at the Capitol. Dick and Betsy own a very big house in Michigan on Lake Macatawa. The house has 22,000 square feet of space. There is a 6,200-square-foot guest house. And an infinity pool with a 700-square-foot pool house and three garages.

The property at 1025 South Shore Drive Holland MI, was previously owned by Richard DeVos. It was later purchased by Dick and Betsy. They tore down the old home and built a new US$ 10 million mansion at the site. 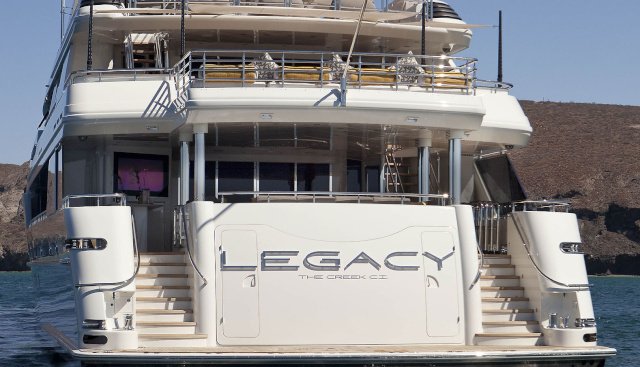 The latest addition to the DeVos fleet is the N255DV. It is a Bombardier Challenger 350 built in 2016.