Who is Jim Ratcliffe?

James Ratcliffe is the founder and CEO of Ineos. Ineos is one of the largest petrochemical companies in the world. Ratcliffe was born on October 18, 1952. He is married to Alicia Ratcliffe. He has 3 children, 2 sons, and a daughter. He started working at Esso as a chemicals engineer.

In 1998 he formed Ineos. Jim Ratcliffe acquired unwanted operations from companies as BP and Imperial Chemical Industries. ICI is now part of Akzo Nobel. He used high yield debt to finance the deals.

Nowadays Ineos has 15,000 employees. And realizes sales of US$ 40 billion with 60 manufacturing sites in 13 countries. In 2010 Ratcliffe moved Ineos to Switzerland, saving £100m a year in tax.

He resides with his wife Alicia Ratcliffe in Switzerland. But recently announced to move to tax-free Monaco. He is said to avoid up to US$ 5 billion in taxes by moving.

Ratcliffe has made trips to both the North and South poles. And in 2015 he went on a month-long motorbike trip in South Africa.

He is the founder of Go Run for Fun. It is a charity inspiring children in the UK to be more active through running events. The GO Run For Fun program has a very simple aim. To get as many kids between the age of 5 and 10 running as possible. Ratcliffe is also the owner of the 74 meter Sherpa yacht. She was built at Feadship in 2018. Sherpa is an expedition-styled yacht. She is designed by RDW.

According to rumors he ordered the yacht for his two sons Sam Ratcliffe and George Ratcliffe. The Sherpa yacht can accommodate 13 guests and 25 crew.  Sherpa is powered by 2 MTU Engines.

Hampshire, Hampshire I and New Hampshire

These yachts are not owned by Ratcliffe but by his business partners Andrew Currie and John Reece.

Both are directors at Ineos: Andrew Currie is Director and John Reece is CFO. Both own a minority stake in Ineos. The net worth of each is US$ 4.4 billion. So more than enough to own a yacht of their own.

John Reece owns the Feadship New Hampshire (ex Rasselas). She is listed for sale. So he is probably buying another yacht. Do you know more about a new yacht for John Reece? Please do send us a message.

Update: we were told that John Reece bought the Abeking and Rasmussen Kibo and named her Grace.

That is a break with tradition (no Feadship and no ‘Hampshire’). Maybe her name will be changed in to ‘New New Hampshire III’ later.  ;-)

He resides with his wife Alicia Ratcliffe in Switzerland. But recently announced to move to tax-free Monaco. He is said to avoid up to US$ 5 billion in taxes by moving. He also owns a house in Chelsea. And he also has a New Forest beach house situated on the Solent. Which he has applied to demolish and to replace with a contemporary £4 million carbon-neutral mansion. The mansion can be raised on hydraulic stilts to protect it from potential rising sea levels.

The house would only be visible from boats on the Solent.

Ratcliffe also owns a large mansion in St Jean Cap Ferrat, France. The residence has large gardens and a separate pool area. It was built in 1815 and overlooks the Golfe de Saint-Hospice. It is near Monaco. 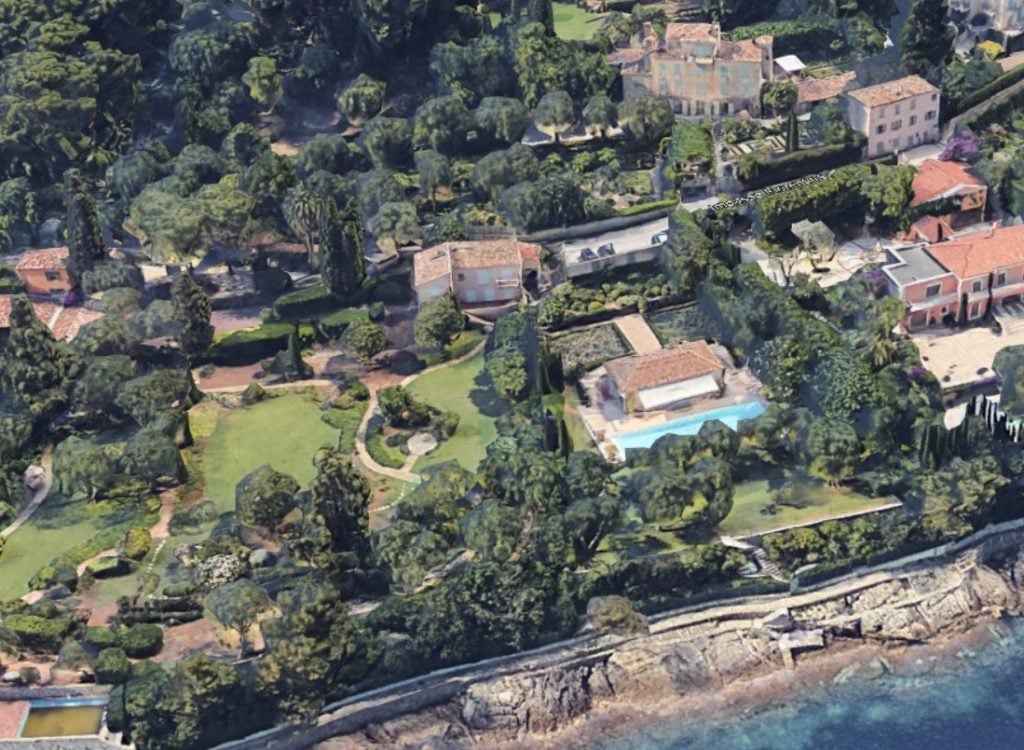 He is the owner of the yachts Hampshire II and Sherpa. Both were build by Feadship. His Ineos Aviation company employs 30 (!) pilots and flight crew. They only work for Ratcliffe and Ineos staff. According to the company’s annual account, there are no services to third parties.