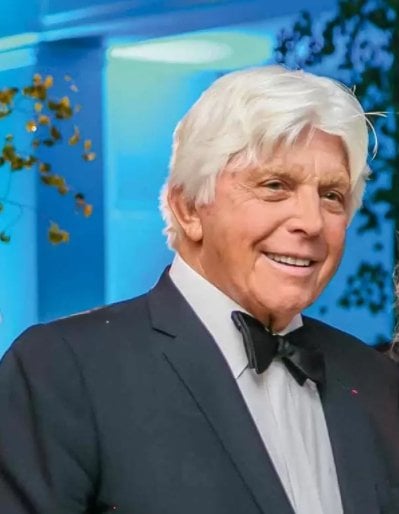 Who is Robert Warren Miller?

Robert Miller is the founder of DFS Group. He was born on May 23, 1933. He is married to María Clara Pesantes Becerra. He is the father of Crown Princess Marie-Chantal of Greece, Princess Alexandra von Fürstenberg, and Pia Getty.

DFS Group (Duty Free Shop) is a Hong Kong-based retailer of luxury products. DFS Group operates more than 400 duty-free boutiques at international airports, and Galleria stores and  owns several resort locations around the world. The company has more than 5,000 employees.

In 1996 Robert Warren Miller sold the majority of the company’s shares to LVMH for $2.5 billion. LVMH’s founder Bernard Arnault is the owner of the yacht Symphony.

Miller started the company in the 1960s by selling duty-free liquor to American servicemen in Barcelona. Later he opened duty-free shops in Hong Kong and Hawaii to cater to Asian tourists. He owns many residences around the world, including the famous Gunnerside Estate in Yorkshire, one of the largest sporting country estates in Great Britain. He is the owner of the sailing yacht Mari Cha III. In October 2003, Miller’s monohull yacht, the Mari-Cha IV, set a new world record, becoming the first monohull ever to cross the Atlantic Ocean in under seven days.