The yacht Horizons III was built as Martha Ann by Lurssen. She was delivered to her owner in 2008. She is designed by Espen Oeino. Her interior is designed by Francois Zuretti.

Superyacht Martha Ann was built for US real estate developer Warren E Halle. He sold her in 2019.

The motor yacht has a steel hull and aluminum superstructure. She is powered by 2 Caterpillar engines. Which bring her a top speed of 15.5 knots. Her cruising speed is 13 knots. Her range is more than 6,000nm.

Horizons III can accommodate 18 guests in 7 cabins and has a crew of 22. Her features include a cinema, a gym, and a large pool. She has an impressive handcrafted classic interior. With the millwork alone costing more than US$ 18 million.

She was the third in a series of three sister ships all built for this same owner. According to a London court document, Mr. Halle paid EUR 48 million for the first two yachts. These were Apoise and Saint Nicolas. They were built under the project names Nemo and Shark.

The buyer of the first yacht- Apoise- was David Ritchie. He is one of the founders of Vancouver-based Ritchie Brothers Auctioneers.

Ritchie paid EUR 65 million to Halle. However, they ended up in legal proceedings. In which Ritchie was ordered to pay USD 525.000 for breach of the purchasing agreement.

Named after his Wife

The yacht’s owner is US billionaire John Tyson. 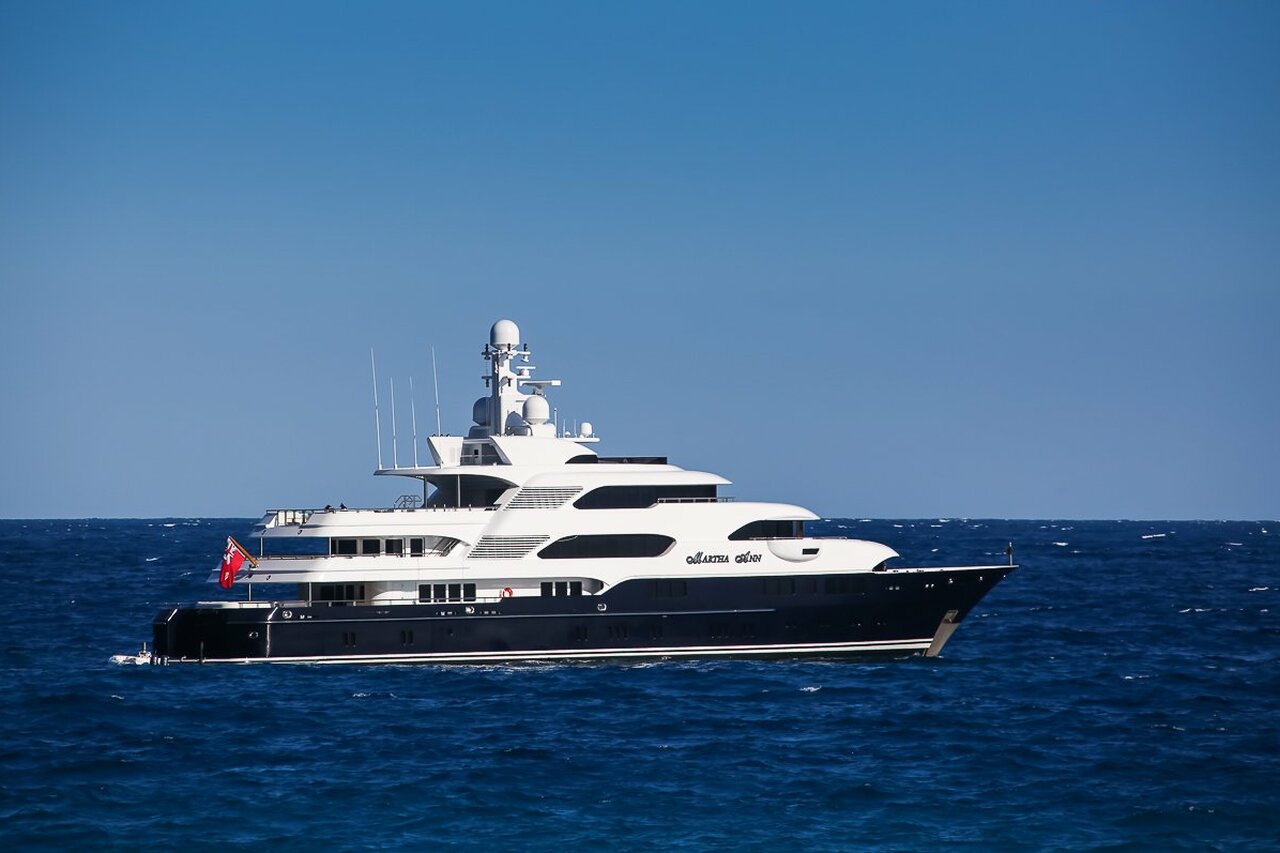 The yacht has a limousine tender and a rib open tender.  More Yacht Tenders