Charles Simonyi is responsible for the creation of the Microsoft Office Suite. He was born in September 1948 in Hungary. He started working at Microsoft in 1981. As head of Microsoft’s application software group.

He was the chief architect of Microsoft Word, Excel, and other widely-used application programs. He created the first WYSIWYG text editor.  He is married to Lisa, they have two daughters (Lilian Simonyi and Livia Simonyi). Lisa was born in Sweden. Simonyi is the owner of the yacht Skat.

He became one of Microsoft’s highest-ranking developers. And built up a stock fortune of more than $1 billion.

His estimated net worth is now $6.3 billion (2022). He left Microsoft in 2002 to co-found a company called Intentional Software. 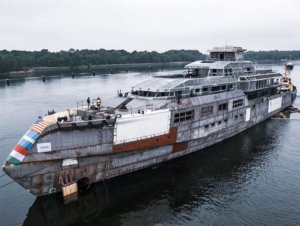 7 He earned more than $1 billion with his share options.

9 His yacht, house, and jet are military-styled in the color grey.

Simonyi owns an impressive military-styled house named Villa Simonyi in Medina, Washington. The house is designed by architect Wendell Lovett and resembles the styling of his yacht Skat. He was the owner of the yacht Skat. She was sold in November 2021 to Kjell Inge Rokke, as he is building a larger yacht at Lurssen. The jet is styled like the house and yacht. The Jet is considered to be Dassault’s flagship. It has a large cabin and a long range. The jet has a value of more than US$ 50 million. He also owned a Dassault Falcon 50EX with registration N586CS. The registration number is still reserved for another jet.