Who is Robert Geiss?

Robert Geiss was born on January 29, 1964, and is married to Carmen Geiss. They have 2 children (Shania Tyra and Davina Shakira). He co-founded the German sports clothing retailer Uncle Sam in 1980, together with his brother Michael Geiss. The company started as a small boutique. But soon they started their own sports brand. They were focusing on bodybuilder fashion – named Uncle Sam.

The Uncle Sam brand grew rapidly and in 1995 Robert and Michael sold Uncle Sam for an estimated DM 140 million (or US$ 190 million).

Robert and Carmen Geiss are the owners of the Indigo Star yacht.

In this series, the family is followed in their millionaire lifestyle of shopping, dining, and holidays.

Recently the fashion designer founded a new clothing brand: Roberto Geissini.  The brand is getting more and more popular, including in the United States. The company also sells fragrances in the Roberto Geissini brand.

His net worth is estimated at US$ 100 million. According to its own website, the family also owns a Donzi 38 ZFX yacht. And the ‘usual’ millionaire car park. Including the brands Bentley, Rolls Royce, Porsche, and Range Rover.

He wrote a book named Von Nix Kommt Nix. In the book, he tells his life story and gives tips on how to become successful. Robert and his wife Carmen own a penthouse in Monaco. They also have a residence in Germany.

Geiss owns a hotel near Saint Tropez named Maison Prestige. The hotel is situated in Grimaud, and according to the website has three pools. 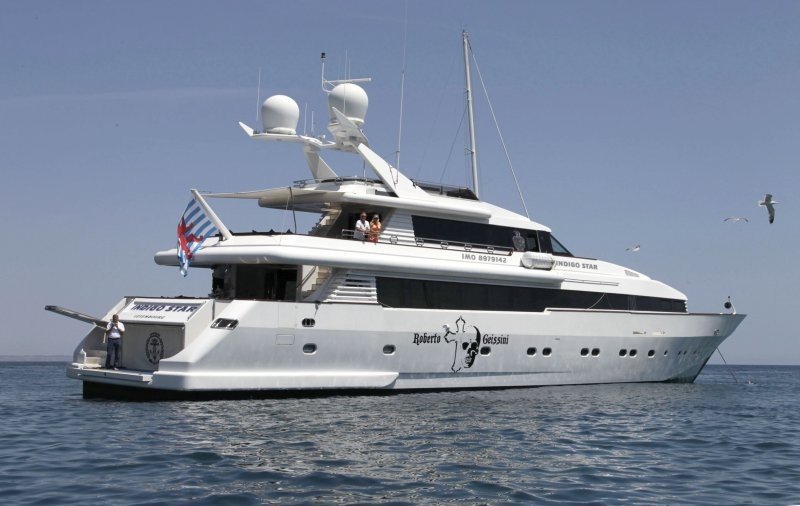